Paltronics is a leading provider of system solutions for the casino gaming industry.Paltronics has developed an elegant end-to-end solution that centrally links slots (progressive, mystery and bonus games), table games, and media across one or multiple properties via a local or wide-area network.Paltronics Australasia Pty Ltd was launched in 1999, to distribute linked gaming and media products to the Australian, New Zealand, and Asian Markets.Paltronics focuses solely on the casino and gaming industry and has installed more 20,000 jackpot controllers linking over 200,000 EGMs, on multitudes of systems across the world and has earned a very strong market share in every region within which it operates directly.

February 1, 2021
Oh what a year 2020 was! And just like you, Paltronics had to find ways to keep moving forward.  This month Paltronics Australasia celebrates its 22nd birthday, and in 2020 Pal USA was created to continue our momentum in Linking Across the Globe! 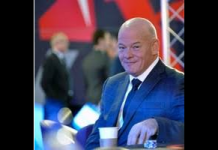 April 23, 2020
Paltronics Australasia on Wednesday announced the passing of managing director Stephen Cowan on Friday 17 April 2020.  Below is the release sent to media:  It is with great sadness that we announce the unexpected passing of Stephen Cowan on Friday 17th April 2020.  Stephen served as Managing Director of Paltronics Australasia from its’ early beginnings. […]

May 9, 2019
For your existing floor or new venue choose Paltronics Macau for our latest product to manage your jackpots with or without a jackpot controller. Our LED jackpot meter displays feature crisp, precise, text and graphics. The flexibility of our LED displays, no matter what shape or size, elevates and brightens any gaming floor. With a […]

May 17, 2018
Stories were shared, food was consumed and lots of laughs were had at St. Regis Macao on Wednesday night, where more than 300 gaming industry executives came over for our very first annual reunion party. The momentous night started with a lively Suppliers Cocktail Networking Party at The Manor at St Regis Macau, bringing over […] 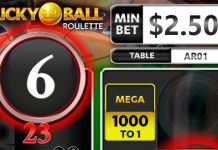 July 26, 2017
Paltronics will be showcasing a range of products from Gaming Entertainment Systems (GES) including the Lucky Ball Roulette side bet, Lucky Tie, and the GES Jackpot Poker Room system at AGE this year. Lucky Ball has proven a great success since its inauguration in Asia in Manila and on Sydney based cruise ships. It is […]

LEDs to light up show

July 16, 2016
Paltronics is well known throughout the industry for the One Link Jackpot Management System but at this year’s AGE, Paltronics will be highlighting their superior range of LED displays. Featured will be the impressive 3 sided circular LED display, a spectacular showcase on any floor. Also highlighted is a bank overhead ‘concave’ LED display, which […]

May 12, 2016
This year, Paltronics Macau celebrates G2E Asia’s 10th anniversary. Kylie Rogers, vice president of operations Asia of Paltronics Macau has proudly been involved in all 10 shows and is confident this year’s show will be Paltronics Macau’s most successful. “The growth we have seen not only in Macau but across other regions of Asia has […]

Elsewhere - February 4, 2021
Ukrainian Gaming week said it has moved the date of its conference to February 24, while it plans to hold the exhibition at a later date from March 23-24.

Singapore - February 9, 2021
Genting Singapore said 2020 net profit plunged 90 percent to $69.2 million, with two thirds of that amount being generated over the Chinese New Year period prior to the Covid-19 closures.