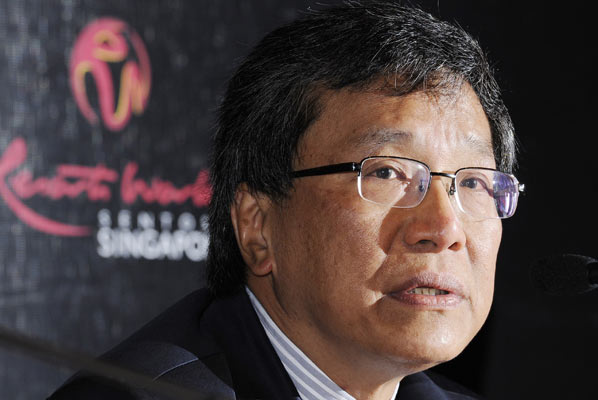 Executive pay is often a thorny issue, especially if the company is underperforming, though an apparent doubling in Genting Singapore Chairman Tan Sri Lim Kok Thay’s remuneration in a year when profit fell by 90 percent raised the interest of the Singapore Stock Exchange.

The company was forced to explain its chairman’s pay package, as well as that of other directors, in a detailed response to four written questions. At the end of which, it appears the executives’ pay actually fell.

In its recent annual report, Genting outlined the pay of key executives, saying that Lim had received a package the equivalent of about $21.25 million – $21.5 million. That’s up from $9.5 million to $9.75 million the prior year.

“Please elaborate on the company’s principle of linking rewards to performance in respect of the doubling of Tan Sri Lim Kok Thay’s total remuneration for FY2020 on the back of the fall in net profit of 90 percent,” the exchange asked.

The company explains that the apparently inflated salary comes as a result of accounting requirements over a $35 million incentive bonus should the company be successful in its bid for a license in Japan. He will not receive the money if Genting doesn’t get a license and no funds have been paid out under the incentive scheme.

Without the accounting for the accrual, Lim took home $5 million, a reduction of more than 50 percent. In addition, the chairman has also taken a cut of 30 percent in his base salary since March last year, which is ongoing.

The exchange also queried the granting of 750,000 performance shares in Dec. 2020. The group said such shares were the result of pre-agreed performance conditions over prior time frames and no shares would be granted in 2021.

The performance shares granted to three independent directors also came under the scrutiny of the stock exchange, which wanted to know if such over compensation may lead to a loss of independence.

Genting explained the majority of the shares were again related to efforts to gain a Japan license and would not be vested unless that was successful. Those shares that were not linked to the Japan license would not be granted again this year, due to the poor 2020 performance.

“In the view of the Remuneration Committee, the grant of the Special Incentive Awards to the Company’s Independent Directors is commensurate with their contributions towards the proposed bid for the IR project and does not compromise their independence.”

Genting said its executive pay structure is designed to incentivize management and to attract and retain talent to the company. On the whole, the management team has taken a cut of more than 50 percent this year.