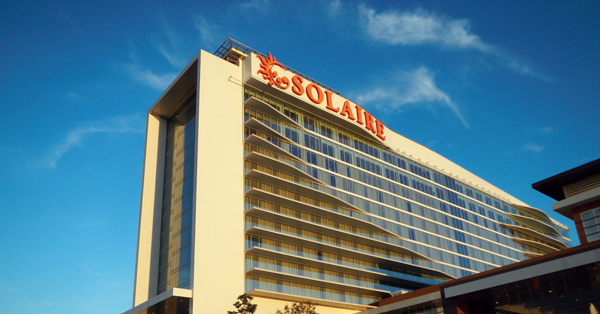 Bloomberry Resorts said its recovery is “well underway” after posting positive EBITDA for Q4 due to strength in the local mass market.

The company, which operates the Solaire Resort & Casino in Manila’s Entertainment City and a property on Jeju in South Korea, posted EBITDA of PHP129.3 million, compared with a loss on that basis of PHP203.7 million the prior quarter. Total gross gambling revenue at Solaire was PHP5.3 billion, which was down 63 percent from the prior year, but up 22 percent sequentially.

“I am encouraged by our performance in the final quarter of 2020, particularly as we saw domestic mass gaming revenues increase by 75 percent from the previous quarter and EBITDA hitting positive territory,” Chairman and CEO Enrique Razon said. “Our recovery is well underway. We look forward to a more meaningful improvement in 2021 should we see further easting of domestic quarantine restrictions and the eventual resumption of travel and tourism across our key markets.”

The result came despite strict Covid-19 restrictions in place at casinos in the Philippines. Solaire opened its doors after a four-month break on June 15, but has only been able to operate under so-called “dry run” conditions. This only allows long-stay and especially invited guests to the casino.

Q4 mass table drop and EGM coin in recorded sequential growth of 70 percent and 96 percent respectively. VIP GGR was PHP1.2 billion, marking a sequential decline of 41 percent and year over year drop of 78 percent due to travel restrictions.

For Jeju Sun, gaming revenue in the first 81 days of last year was PHP93.1 million, a drop of 84 percent.

The overall net loss in the fourth quarter was PHP2.5 billion, compared with a net profit of PHP1.4 billion a year earlier.

Bloomberry said its corporate social responsibility arm, the Bloomberry Cultural Foundation, donated more than PHP850 million to aid in the fight against the pandemic, including medical supplies, funding for quarantine and treatment facilities.

Together with sister company, International Container Terminal Services, Bloomberry has also helped to bring in about three million doses of the AstraZeneca vaccine and is in advanced talks for the procurement of 20 million of the Moderna vaccine.