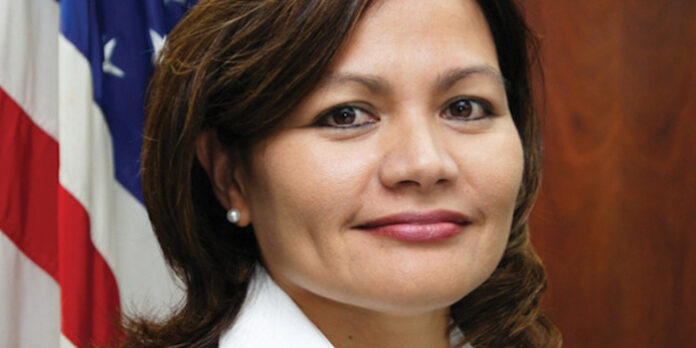 District Court for the NMI Chief Judge Ramona Manglona is getting tougher with senior executives of Imperial Pacific International, warning that unless Chairwoman Cui Li Jie and former Chief Executive Officer Donald Browne show up in her court on the morning of January 21, she may issue arrest warrants against them.

This time IPI is facing a more formidable accuser than the many contractors it has been unwilling or unable to pay. Rather, the plaintiff is the US Department of Labor (USDOL).

USDOL is accusing IPI executives of unlawfully requiring stranded employees to work without pay during the global pandemic, and of failing to meet the workers’ basic necessities, or to provide for their return to their home countries. This has resulted, it says, in a “humanitarian crisis.”

USDOL believes that the judge should find IPI, Cui, and Browne in contempt of court for failing to abide by an April 11, 2019, consent judgment.

For his part, Browne has attempted to argue that he is no longer CEO of the company and so should not be considered as one of its senior executives, subject to the wrath of the court. He has also said that despite his half-year as the firm’s CEO, he had been unaware of the pending consent judgment from April 2019.

It does not appear, however, that Judge Manglona has been persuaded, as Browne is included among those threatened with an arrest warrant.