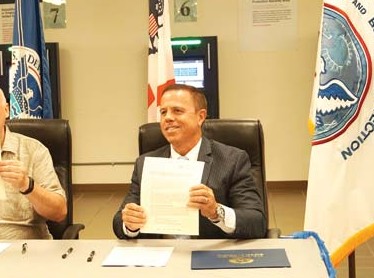 Donald Browne is the CEO of Imperial Pacific International.

He was previously the senior vice president of IPI having served since 2015. 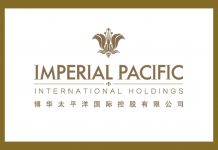 January 11, 2021
Donald Browne has told a federal court that he stepped down as the CEO of Imperial Pacific International in early December, though this was not revealed publicly. Browne had only assumed the office six months ago.

December 10, 2020
Imperial Pacific International CEO Donald Browne has vigorously defended his firm against the call by the Saipan Chamber of Commerce that IPI is held accountable for violating labor laws and other infractions. IPI: We won’t give up on people of NMI (Marianas Variety)

December 9, 2020
The US District Court for the NMI found both Imperial Pacific International and Chief Executive Officer Donald Browne, in contempt for noncompliance with court orders. However, because IPI finally complied with the court’s sanctions of over US$93,000 on December 4, the court held that Browne need not serve jail time.

December 8, 2020
Imperial Pacific International chief executive officer Donald Browne has asked the federal court to appoint a lawyer to represent him as he faces possible incarceration, claiming that he is financially unable to pay for his own attorney.

December 4, 2020
The US District Court in the cNMI has given Imperial Pacific International one more chance to show cause—or to explain in writing—why CEO Donald Browne should not be found in contempt and incarcerated because of IPI’s noncompliance with court orders.

December 1, 2020
Saipan is unlikely to be on China's blacklist for targeting its nationals for gambling as the industry is relatively small and unlikely to raise red flags, said Donald Browne, CEO of Imperial Pacific, the island's only operator.