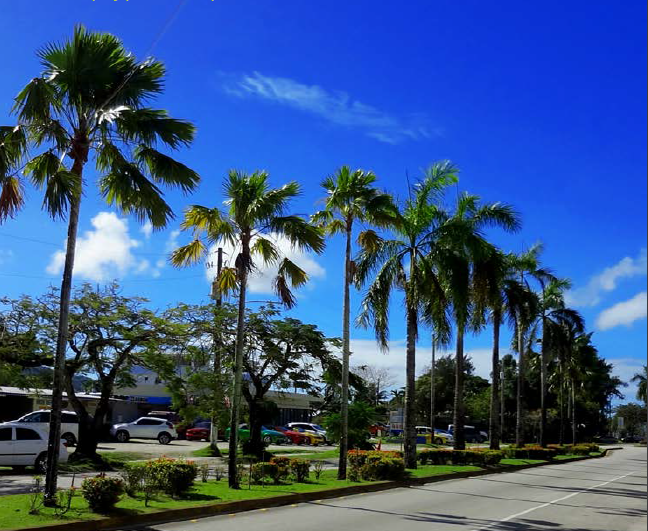 Authorities in the Commonwealth of Northern Mariana Islands are considering a proposal for two gaming licenses for the island of Saipan if the monopoly permit of Imperial Pacific International is revoked.

Democratic representative Tina Sablan, who also vice-chairs the House Gaming Committee, said there is a high probability that the license, which has been suspended indefinitely, will be taken away. She said the company has failed to remedy any of the shortcomings, such as payment of regulatory fees and tax, and more complaints from the regulator are pending.

The CNMI issued the license to the Hong Kong-listed company in 2014 in the hopes that a casino industry would help to boost the slumping economy and draw in tourists, especially those from China. However, it has now found itself with an unfinished white elephant of a project in Garapan, the heart of its tourism district and is in a quandary as to how to remedy the situation.

“There were always questions from the beginning about how sustainable this industry was going to be with the grandiose promises and the very big numbers that were being thrown around,” she told AGB in an interview. “I think those fears have played out.”

“There are some discussions about how we would move forward if and when this license is revoked. There is a proposal on the table for two licenses, it would not be an exclusive license, but I think it would be worthwhile to examine whether we even want casinos on CNMI.”

The market has changed significantly since the project was first conceived, with the China VIP market having been hit hard by trade wars and anti-corruption drives even prior to the pandemic.

Sablan said the Marianas Visitors Authority has a ten-year strategic recovery plan for the industry and gaming is no longer part of the strategy.

IPI has asked for a five-year extension to complete construction of the resort, however, it has been banned by the federal government from using imported workers under the CW-1 and H1B visa programs. There is a scarcity of labour in the CNMI, which will continue to create difficulties for the company even if that extension were to be granted.

If IPI’s license is revoked and other players come in, there is also a question mark over whether they would want to take over the project.

“We can learn a lot from this experience, but at the moment it’s a big mess,” she said.

“Everyone is pretty frustrated, the question is if it’s not IPI who can come in and finish this project and what do we do with the site at Garapan and is this even salvageable.”

Sablan explained there are serious concerns over safety and building standards at the site, which has remained exposed to the elements for several years as work has not progressed.

IPI itself is also embroiled in numerous lawsuits, which are likely to remain tied up in courts for years to come.

As the company lurches from crisis to crisis, legislators are stepping up the pressure for a second license on the island.

The text of the legislative proposal reads:  “It is more than probable that the exclusive casino operator will not be able to complete the construction of its initial gaming facility and overcome all of its financial and legal problems which may result in the revocation of its casino license. If the exclusive casino license is revoked, the CNMI should take the opportunity to overhaul the casino industry by revisiting the casino statutory provisions and regulations to improve the industry.”

The company, which is facing multiple lawsuits from contractors for payment failures, has now also been ordered to sell its vehicles and gaming machines in order to satisfy a $2.1 million judgement against it by USA Fanter Corp.

The Commonwealth of the North Mariana Islands has launched a travel bubble for fully vaccinated tourists from South Korea in a bid to revive the island’s tourist economy. According to the Marianas Visitors Authority, this is South Korea’s first such travel agreement. It was signed by CNMI Gov. Ralph Torres and Seong Kyu Hwang, vice-minister of the Ministry of Land, Infrastructure and Transport in person, in Seoul.

“The agreement between (the ministry) and the CNMI is the biggest step forward in rebooting the CNMI tourism industry,” said Marianas Visitors Authority Chairwoman Viola Alepuyo, who was part of the CNMI delegation. “This travel bubble is the bridge we need for Korea travelers choosing our destination as tourism resumes worldwide.” Under the travel bubble agreement, those who travel between the two countries will be required to have their vaccinations completed at least 14 days ahead of departure. Those arriving to the CNMI who are fully vaccinated will be able to skip quarantine, as well as those who present a negative covid-19 test 72 hours prior to arriving in the CNMI. Visitors will be required to also take a covid-19 test three days before departing the CNMI on their way back to Korea.

Plans to build a $43 million casino in Papua New Guinea capital Port Moresby have come under fire from social activists who claim the country doesn’t have adequate infrastructure to properly regulate the industry.

An agreement to build the property was signed on May 28 between Paga Hill Development Corporation and the National Gaming Control Board (NGCB). The operator said the resort, which will include a hotel and retail space, will help boost tourism to Papua New Guinea.