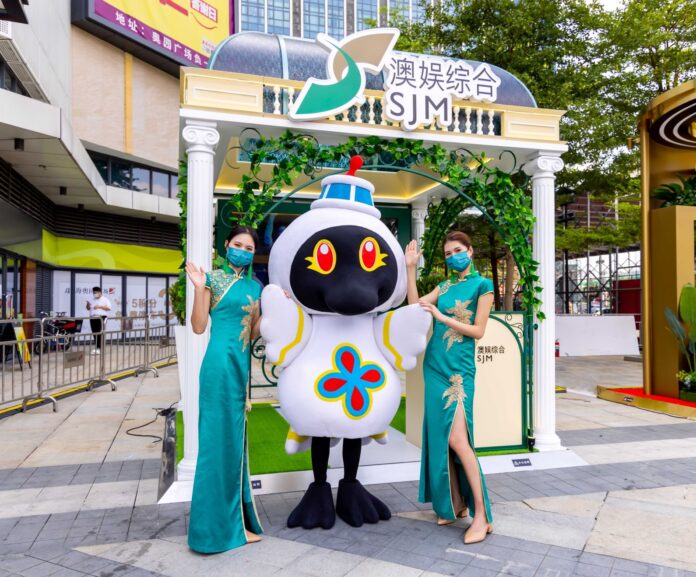 The Roadshow began a few days ago in Zhuhai, and will also visit Zhongshan, Shenzhen, Guangzhou, Zhaoqing, Huizhou, Jiangmen, Foshan and Dongguan along the way.

Throughout the duration of the roadshow, SJM will arrange a number of live broadcasts hosted by travel KOLs who will interact online with participants to promote Macau’s charm and launch various accommodation packages, dining offers, and other benefits.

Ms. Daisy Ho, Chairman of the Board of Directors of SJM, remarked, “SJM is delighted to participate in this Greater Bay Area roadshow and join hands with Macao Government Tourism Office to promote Macau’s all-rounded charm to our neighbours in contribution to the recovery of Macau’s tourism. The Lisboa brand has been deeply rooted in Macau for more than half a century and has always been synonymous with innovative high-quality tourism services. The newly opened Grand Lisboa Palace Resort Macau celebrates the meeting of East and West, honours Macau’s cross-cultural heritage, and will offer tourists from all over the world a magnificent travel experience and further reinforce Macau’s unrivalled position as the ‘World Centre of Tourism and Leisure’.”