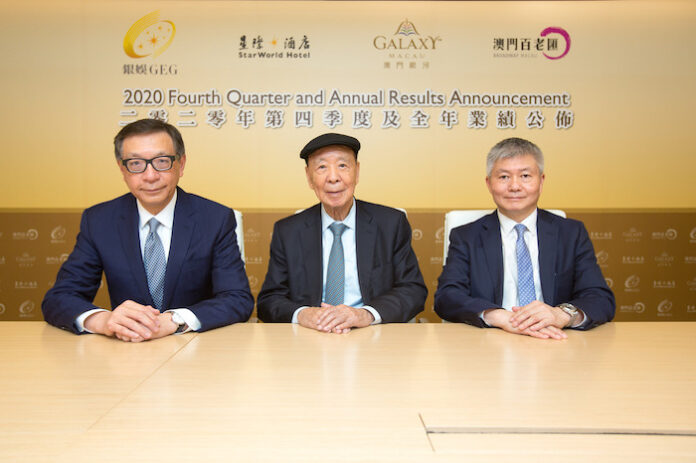 The last two of Macau’s operators released Q4 results on Thursday, with both returning to profit at the EBITDA-level and expressing confidence in the market recovery.

Melco Resorts & Entertainment Chairman and CEO Lawrence Ho said on a conference call that for the first time in 12 months he sees more positives than negatives.

Ho, who described himself as having been a “debbie downer” in the past because of his views on the pace of recovery, said he thinks the market has turned a corner and will feel the full benefit of pent up demand from mid-to-late March.

Chief Operating Officer, David Sisk, was equally upbeat saying it’s clear that their customers want to come back to Macau. At present, visitation to the resort has been led by the premium mass and premium direct business and although the hotels were not at full capacity during Chinese New Year, the theoretical per room was at the best level since Q4 of 2019, Sisk said.

Analysts have said they expect Macau to make a strong recovery from the second half of the year, though Melco appears to be more optimistic than most about how soon visitation will pick up pace.

Ho said he believes that China may be prepared to reinstate e-visas — seen as key to the return of mass tourism — within two to three months.

Macau authorities are holding talks with the Mainland government in an attempt to reinstate the visas.

Galaxy Entertainment Chairman Lui Che Woo, while not quite so upbeat, is also confident that recovery is underway.

“In the medium to longer term, we have great confidence in the future of Macau. We have seen signs of early recovery post the reinstatement of the Individual Visit Scheme in late September 2020 and it may take a few more quarters for business volumes to ramp up.”

According to Bernstein Research, management at Galaxy is looking towards the May Golden Week period as a key indicator.

Galaxy posted adjusted EBITDA of HK$1 billion in the quarter, down 75 percent year on year, but up from a HK$233 million loss in the prior quarter.

City of Dreams Manila also posted positive EBITDA for the period, despite ongoing social distancing measures in the Philippines capital.