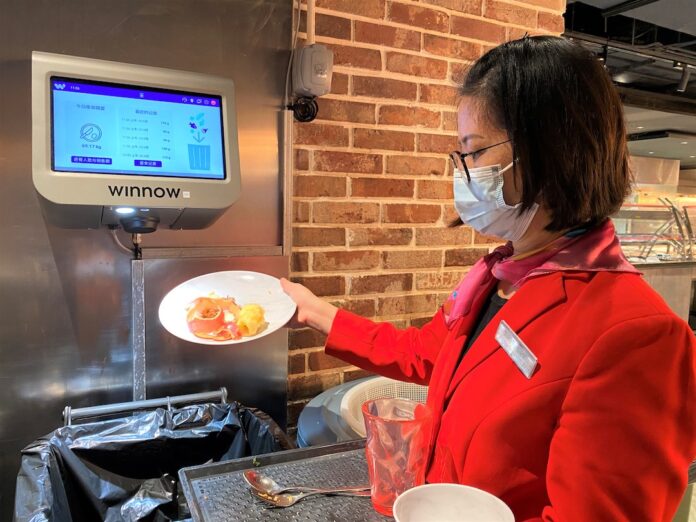 Melco Resorts & Entertainment has successfully cut plate waste in employee dining areas by up to 35 percent, following a study conducted in partnership with Winnow and the London School of Economics.

A series of interventions were designed by the LSE Department of Psychological & Behavioural Science, and the study concluded that anthropomorphized food (i.e. pictures that depicted happy and sad food) had significant impacts on behavior leading to reduced levels of food waste.

The project has been successful, with interventions shown to reduce food waste by as much as 35%, and qualitative feedback from colleagues showing a shift in behavior both at work and at home. While Winnow Sense has been installed in all employee dining rooms across Melco’s integrated resorts in Macau and Manila, Melco and Winnow are now in the process of exploring applications in consumer-facing dining areas.

Ms. Denise Chen, Senior Sustainability Adviser of Melco, said, “Given the global impact of waste on the health of people, food security and the planet, we take food waste very seriously. In 2020, we began our partnership with Winnow AI technology to reduce food waste in the kitchens of our employee dining rooms. We were excited by the opportunity to partner with Winnow and LSE to trial awareness and communication campaigns to encourage colleagues to change behavior in relation to plate waste. We are pleased to be the first company to trial Winnow Sense and will be using findings from the study to further communicate to our colleagues to reduce plate waste on an ongoing basis.”

Mr. Marc Zornes, CEO and co-founder of Winnow said, “We couldn’t be more proud of the team at Melco who have already cut food waste significantly with Winnow but wanted to go even further. This blueprint designed in collaboration with world renowned experts from the London School of Economics presents huge opportunities for operators everywhere to help their diners make more sustainable food choices whilst maintaining high levels of customer satisfaction.”

Food waste poses a challenge for businesses across Macau. The issue is gaining traction amongst residents, with over 80% respondents of a 2021 study considering the issue of food waste in Macau to be serious. Whilst the complexity of the food supply chain means multiple solutions are required to solve the problem, it is commonly accepted that prevention of food waste is the most desirable outcome. This formed the starting point for the collaboration between Melco, Winnow and LSE.

In most commercial kitchens serving pre-prepared foods, around 5-15% of all food purchased ends up being wasted (source: Winnow). Around 30% of such food waste happens because diners take too much and leave unwanted food on their plates (source: Winnow).

To test whether strategically placed communications could help individuals make more sustainable choices, a study was carried out at Melco’s employee dining facilities in Macau at City of Dreams, Studio City and Altira Macau resorts. The three properties combined serve over 11,000 employee meals a day.

The interventions were measured using Winnow Sense. Comprising a motion sensitive camera and digital scales, the touchless system automatically captures an image and weight of any food waste, and harvests data in the cloud to record waste levels over the course of each service. Combining this data with the number of covers served allows the team to create a metric for food waste grams per cover, to then be used to chart progress throughout the study.

Launched in January 2021, the team at LSE selected one employee dining area as a control, and another two to introduce communications in the form of posters placed at strategic points around the dining area. All locations were equipped with Winnow Sense units to measure plate waste. The system is designed to be placed either in the front or back of house. In this study, the systems were placed in the front of house allowing Melco team members to quickly record their food waste using the touchless system.

By May 2021, the results were in. Compared to the trend seen at the Control Site, the site which received the heaviest intervention saw a significant reduction in plate waste of as much as 35% over the communications period, with effects sustained even after the communications were removed. Notably, the LSE team found that the site which received the posters with the anthropomorphized food items had the greatest reduction, and that staff from the same site also self-reported more efforts in reducing food waste both at work and at home.