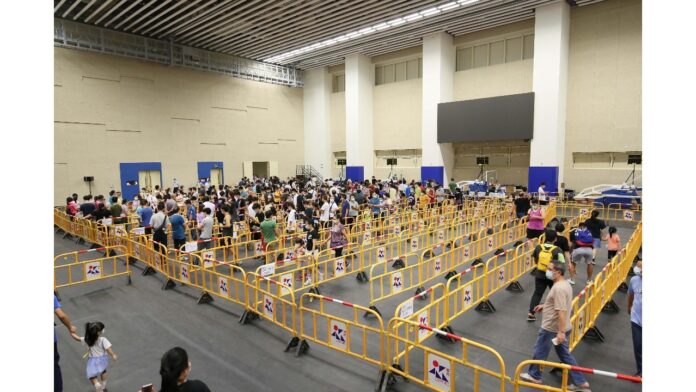 Gross gambling revenue in the week to August 22 was up 55 percent in Macau compared with the prior week, but the month overall will see a sharp deterioration from July and September is also likely to be soft, Bernstein Research said.

Travel restrictions following an outbreak of Covid in Macau are gradually being eased, while cases in Mainland China have also dropped to single digits, with no cases reported on Sunday. As a result, Bernstein said it expects to see gains in week-over-week revenue going forward.

Macau has seen no new cases since Aug 3 after a mass testing program of all residents and leisure venues have been allowed to open from August 18. The casinos remains operational, though visitation was light.

As of Monday morning, Macau has cancelled anti-epidemic measures for numerous regions in the provinces of Yunnan, Hunan, Hubei and Jiangsu. Those who had been in the regions for the 14 days prior to their entry into Macau will no longer be subject to quarantine but have to show a valid Health Code in order to enter Macau.

“We expect GGR improvement beginning in the fourth quarter, but more significant travel impediment removals are not likely until next year,” the firm said.

Macau will ease its negative Covid test requirements for travellers from Mainland China to seven days from 48 hours prior from Wednesday.

To get a meaningful boost in GGR, China needs to reinstate the ability to obtain an individual visit scheme visa electronically and permit the resumption of group travel.