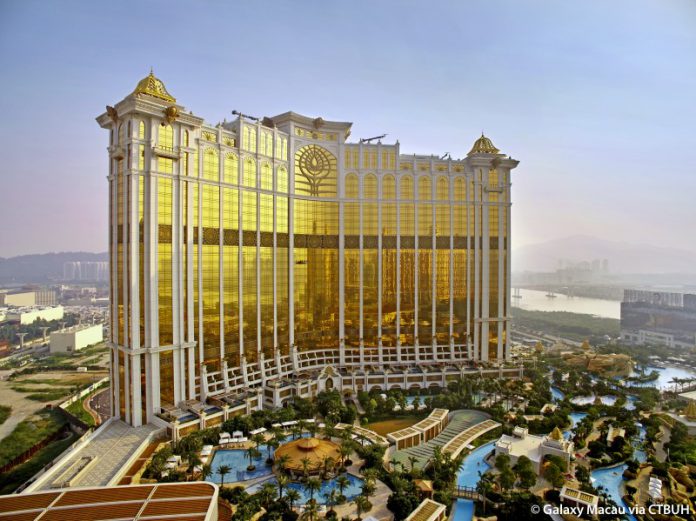 “Despite the recent challenging experience in Macau, we remain confident in the longer-term outlook for Macau in general and GEG specifically,” an interim report statement read.

The company continued to support the economic development of Macau through our Cotai Phases 3 & 4 projects which positions the company strongly for the future growth in leisure and tourism demand from Mainland China.

“We also continue to invest in Macau with our Cotai Phase 3 effectively completed and continue to move forward with Phase 4, our next generation integrated resort, which will complete our ecosystem in Cotai. As you can see, we remain confident about the future of Macau where Cotai Phases 3 & 4 will support Macau’s vision of becoming a World Centre of Tourism and Leisure,” – Dr. Lui Che Woo, Chairman of the company, was quoted saying in an interim report.

The company was bullish on the future infra build activities triggered by Macau Government, as the Central Government continues to support the further integration of Greater Bay Area through the development of infrastructure.

“This will further increase the connectivity between Guangdong Province and Macau. In the medium to longer term, we have great confidence in the future of Macau,” the interim report read.

In the shorter term, the recurrence of COVID-19 outbreaks may continue to impact visitor arrivals and associated revenues, as well as our future financial performance, the company report said.

The company management was equally optimistic over the Macau gaming concession which was granted an extension from 26 June 2022 to 31 December 2022.

The interim report of the company also read of being well positioned to compete for one of Macau’s forthcoming gaming concessions.

Given the company’s track record of introducing innovative non-gaming elements into our resorts, its strong operational history, and significant investment into Macau’s economy, the company is optimistic for completion of the concession bidding process by year-end, the interim report read.

“A number of cities across China experienced travel restrictions for a significant part of the first half of 2022. These restrictions on inter-provincial travel impacted visitation to Macau and in turn, adversely impacted both revenue and profitability,” Dr. Lui Che Woo, Chairman of the company was quoted saying in an interim report.

Given the ongoing impact of COVID-19, the Board of Directors has decided not to declare a dividend.

The company statement read that its balance sheet continued to remain healthy and solid, with net cash of HK$20.3 billion.

Core debt remained minimal with zero debt associated with our Macau operations and the company was positioned to navigate through the pandemic.

In 1H 2022, the company’s gaming operation increased its Adjusted EBITDA by approximately $27 million.

The Group’s total GGR (Gross Gambling Revenue) on a management basis1 in 1H 2022 was HK$4.8 billion, down 51 percent year-on-year.

Due to its conservative financial management, the company claimed its balance sheet continued to remain strong.

Core debt remained minimal at HK$0.3 billion.
This provides the company with valuable flexibility in managing its ongoing operations and allows the company to continue investing in its longer-term development plans.