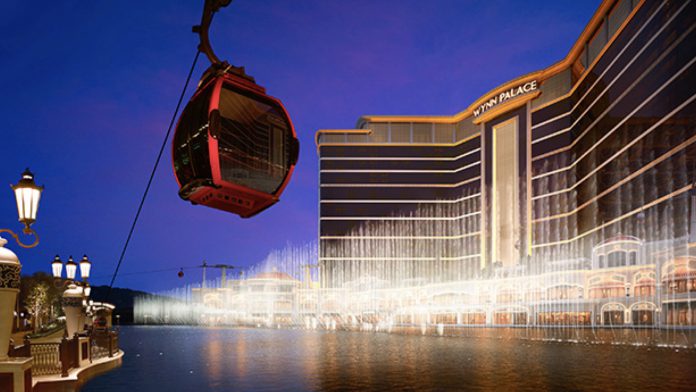 Wynn Macau president Ian Couglan said he expects the small cluster of Covid-19 cases currently in Macau to be under control within the next couple of weeks.

The government recently directed all the entire population of Macau to undergo mass Covid-19 testing after a family who recently returned from China was found positive for the delta variant.

“There has been a pull back in the last couple of days but there’s a belief that the current small cluster will be under control within the next couple of weeks,” said Coughlan.

Couglan made the comments during an earnings call for Wynn Resorts 2Q21 results.

During an earnings call, when asked about when the team expects to see Macau returning to its “normal levels” of business, Couglan said this will be closely linked to the rate of vaccination in Macau and its surrounding neighbours.

Macau is currently at a 44 percent vaccination rate, which is similar to Hong Kong.

The company reported an expected surge in operating revenues from its Macau operations in the quarter.

Operating revenues of its Macau properties, which includes Wynn Palace and Wynn Macau, reached $454.4 million in 2Q21, up from $20.6 million in the prior year period.

In a conference call, Wynn Resorts chief financial officer Craig Billings said its Macau operations delivered $67.6 million in EBITDA, which was boosted by gaming and non-gaming performance combined with solid cost controls, with particular strength in April and May.

Gross gaming revenue per day was approximately 31 percent of that of 2019 levels, which was led by the premium mass segment.

“While there have been some fits and starts along the road to recovery in Macau, we were encouraged by the strong demand we experienced during the May holiday period, particularly in our premium mass casino and luxury retail segments,” noted Matt Maddox, CEO of Wynn Resorts.