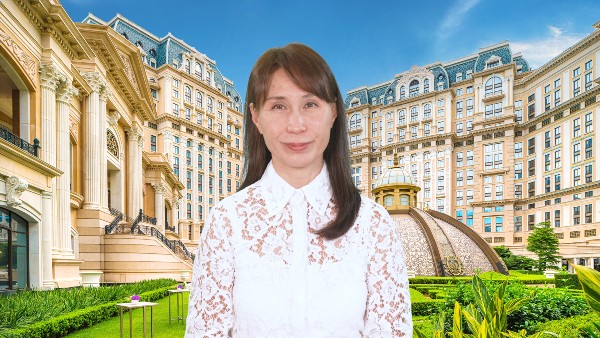 SJM Resorts, S.A. received the 7th Macau European Chamber of Commerce Award for EuroExcellence in Luxury, in recognition of its pioneering efforts in bringing luxurious Lisboa-branded hospitality to Macau, including its latest triumph the Grand Lisboa Palace, which truly dazzles as an oasis of East-meets-West luxury.

Ms. Daisy Ho, Chairman of SJM, said, “We are honored to receive the MECC Award for EuroExcellence in Luxury. This accolade is especially significant to us, as it recognizes SJM’s long-term contributions in bringing luxury hospitality to Macau. As Macau’s new landmark, the Grand Lisboa Palace Resort continues the legendary Lisboa’s pioneering role in hospitality and entertainment. From architecture to interior design, and from gastronomy to hotel and leisure facilities, our patrons will be able to experience the best from the East and the West. SJM has always been in the forefront of upholding and enhancing Sino-European exchanges and cooperation. We will continue to work with MECC to promote economic and cultural exchanges between Macau and Europe, further reinforcing Macau’s role as a platform between China and Portuguese-speaking countries.”

The aim of MECC is to award the highest local achievements in luxury, food and beverage, innovation, and Greater Bay Area Sino-Europe Cooperation, in honor of their significant contributions to Macau’s sustainable development, global business networking and promotion of the city’s unique Sino-Western cultural exchange.