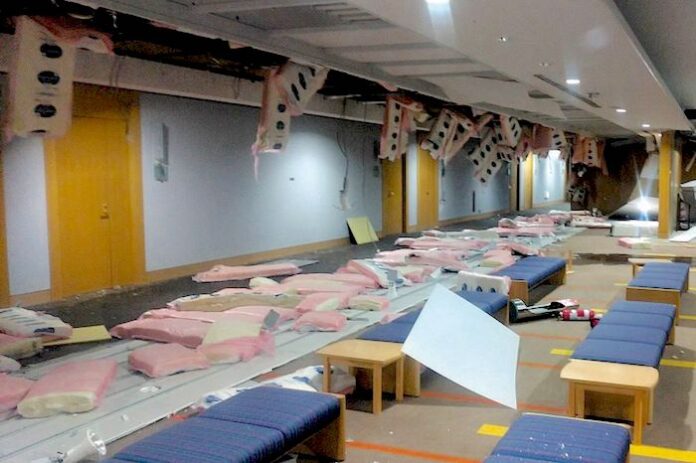 Fukushima Racecourse, one of the ten racing venues of the Japan Racing Association (JRA) system, has announced that it will be resuming operations in time for its next event launching on July 3.

The racecourse was significantly damaged in an earthquake on February 13. Ceiling panels inside the stand fell onto the track, sprinkler damage let to water leakage, and there was an electrical system failure.

An event that was scheduled to be held from April 10 to May 2 was relocated on an emergency basis to Niigata Racecourse, the neighboring prefecture.

Racetrack Manager Masakatsu Yabu told the local sports media, “The damage was great, especially on the upper floors, and it took time to restore the power system due to the water leaks, so we decided to cancel the event.”

The resumption of operations does not mean that all of the damage has been repaired. Although the area of the stables wasn’t hit hard, the spectator stands are still not regarded as being safe, and so live audiences will still not be permitted to enter the racecourse. No estimate was provided for when the crowds might be allowed to return.

JRA has not provided any figures on the financial impact of the earthquake on its operations at Fukushima Racecourse.