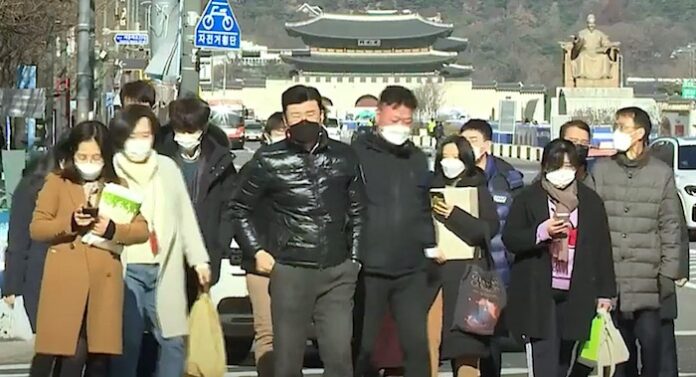 As we enter the holiday season and the final week of full daily gaming industry coverage by Asia Gaming Brief, we must regretfully acknowledge that for at least a couple of the key jurisdictions we cover, conditions have clearly gone backwards rather than forward.

The daily figures make it apparent that both Japan and South Korea have now fallen into their worst periods of the Covid-19 crisis since the pandemic began, although so far their governments are taking opposite approaches toward managing the multiplication of new cases.

The pandemic is clearly worse in Japan at the present time than it ever was before, reaching the 3,000 per day level over the past week. As far as the official figures are concerned, that’s a much higher number than earlier in the year.

In South Korea, this Saturday was the very first day that more than one thousand new Covid-19 cases were reported. The previous record was 851 new cases on a single day at the peak of the initial wave in March.

These two Northeast Asian countries have actually mirrored one another quite closely throughout the pandemic, both recording distinct first, second, and third waves, though they didn’t always occur at precisely the same time, as is the case with this third wave.

It’s likely that the summer wave in July-August was the smallest in both cases, the initial spring wave in March-April is now the second largest, and the current winter wave by far the most grave, at least in terms of the number of recorded cases.

The curious point is that the two governments have taken rather opposite approaches to the pandemic, a divergence which is particularly stark at this juncture.

South Korea’s government has, since the beginning, been notably proactive, winning plaudits even from some of its habitual critics for conducting mass testing and attempting to stamp out the disease at every opportunity. In this current third wave, too, robust social distancing and business limitation policies have been enforced. The gaming industry knows this all too well, with many of the key casinos currently closed.

The new government of Yoshihide Suga in Japan, however, has been using all of its authority in the opposite direction, prioritizing an open economy, as few restrictions on business and movement as possible, and even pushing forward a controversial domestic tourism subsidy program. It’s not clear if its approach can be maintained much longer, however, as public support for the new government has been plummeting and alarm has grown over the lack of official response to the spike in both new cases and record death tolls.

Japan, of course, does not yet have IRs, but it does have a huge pachinko industry and betting on horse racing, bike racing, and few others.

At any rate, as the year closes we will keep a sharp eye on whether the winter resurgence afflicting Japan and South Korea spreads to other Asian jurisdictions, and of course the direction of the pandemic in these two countries themselves.