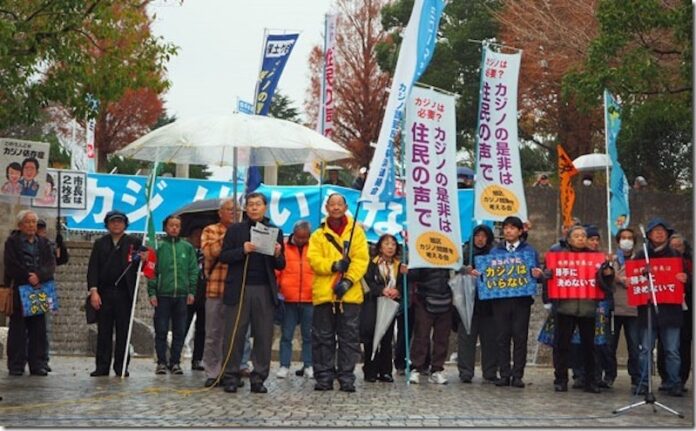 If current trends hold, there will soon be a referendum in Yokohama, which will bring an end to what is currently anticipated to be the largest IR development in Japan.

In fact, the logic for this outcome is nearly inescapable—unless one of the key factors changes.

As we have previously reported, there have been two separate anti-casino, citizen signature gathering campaigns proceeding nearly simultaneously.

The more threatening of the two appeared to be the campaign to recall Fumiko Hayashi as Yokohama mayor and to force a new election. The advocates of this approach argued that so long as Hayashi was mayor, she was likely to promote IR development no matter what public opinion might be. Based on Hayashi’s positions and attitude evidenced earlier this year, this view appeared to be quite logically sound.

However, with about 490,000 valid resident signatures needing to be collected in a two-month period in order to trigger the mayoral recall, this group has a very high hurdle to cross, and it appears that they will fall far short. Last week, at the halfway point in their allotted period, the group announced that it had collected only about 41,000 resident signatures. Mayor Hayashi therefore has little to fear from the recall movement.

On the other hand, the other anti-casino group is quite another story. They opted for the lower hurdle of collecting about 60,000 resident signatures to force the holding of a non-binding Yokohama citizens referendum on IR development. During their two-month period, which ended on November 4, they managed to collect over 156,000 signatures, well over double what they needed.

Moreover, Mayor Hayashi changed her own tune in mid-October. Contrary to the posture she had taken earlier, she told a press conference, “If the referendum is held and the majority is against the IR, I would respect that result.” She went on to say that in such a case she would not proceed with the IR development process.

It would appear, therefore, that Yokohama’s IR initiative will die during the course of 2021.

The only ways to avoid this outcome would seem to be that either the pro-IR forces are able to pull off a miraculous victory in the referendum, or if Mayor Hayashi goes back on her word and tries to force IR development in spite of losing.

Of those two scenarios, the latter seems the more plausible. Indeed, a very cynical mind might hypothesize that Mayor Hayashi only pledged to respect a referendum to take the wind out of the sails of the more threatening recall campaigners. It wouldn’t be the first time that Hayashi had deceived her constituents on the IR development issue.

Still, the local outrage that would be provoked by such a “second betrayal” would be immense, and it seems more likely that Mayor Hayashi has simply decided that IR development, while very important to her policy agenda, is not the hill that she wants to die on.