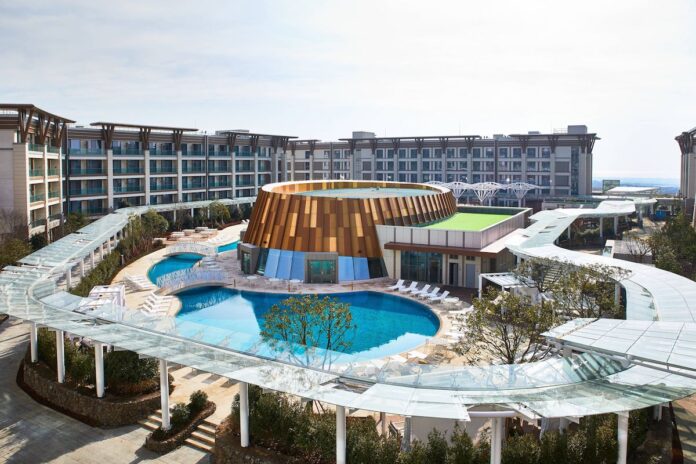 Hong Kong-headquartered Landing International issued a profit warning anticipating rise in the net revenues and decline in losses for the second quarter of 2022 which ended on June 30.

The filing comes prior to an announcement of the second quarter numbers for 2022, which the company is expected to file late in August 2022.

The filing submitted by the company read that, “The board of directors of the Company wishes to inform shareholders of the Company and potential investors that based on the information currently available to the Board, the Group is expected to record a substantial increase in consolidated revenue of approximately 45% and a decrease of approximately 65% to 85% in consolidated net loss for the six months ended 30 June 2022as compared with the corresponding period in 2021.”

Another reason as cited in the filing was that, the increase in residential property sales activities, as well the decrease in amortization and depreciation, could also affect the second quarter numbers.

Also the decrease in operating expenses resulting from stringent cost controls and the increase in fair value of investment properties; as well the possible impact on recognition of impairment on intangible assets and reversal of trade and other receivables impairment, was expected to impact the June 2022 earnings.

The filing further also read that, “As, at the date of this announcement, the Group is still in the course of assessing the impairment loss on intangible assets, if any. Despite the decline in revenue derived from the gaming business, it is anticipated that there was a decrease of approximately 65% to 85% in consolidated net loss for the Period as compared with the corresponding period in 2021.”