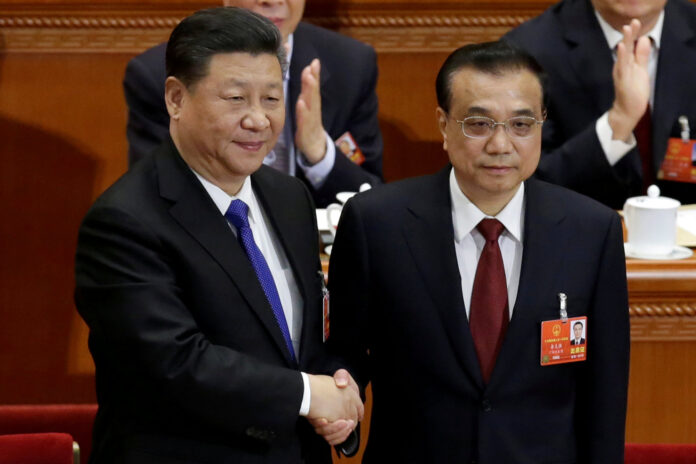 We have entered a phase of VUCA (Volatility, Uncertainty, Complexity, and Ambiguity) which seems not to end anytime soon. However, “the situation in China seems to move ever faster towards either an epiphany or a satori,” writes COTRI Prof. Dr. Wolfgang Georg Arlt.

The Zero-case policy for SARS-CoV19 appears as a never-ending story letting more and more Chinese getting restless, with 80,000 affluent travelers stranded in Hainan on the one hand and fish and crabs and even shrimp tested for the virus further up on the coast in Xiamen on the other hand.

The overzealous officials in the coastal city in Fujian have drawn ridicule online and criticism from experts who say that it is a “waste of resources” to test not only fishermen but also the catch they bring to the harbor. Growing infection numbers at the same time bring home the fact that the Omicron variant cannot be defeated by China’s even most stringent anti-CoViD measures.

The fish and seafood are supposed to be dangerous because it is a result of “illegal trading and illegal contact” between fishermen in the Fujian province and overseas vessels. Fish caught by Chinese fishermen is considered harmless, whereas fish caught by Non-Chinese is accused of spreading Covdi in China, a hilarious idea in itself, but made even crazier by the fact that since 2020 the World Health Organization has maintained that there is no evidence people can catch the virus from food or food packaging. Even locally, the Centre for Animal Health and Welfare at the City University of Hong Kong recently published research results saying that the risk of getting CoViD from animals was “negligible.”

China’s Premier Li Keqiang, in the meantime, is pushing for “urgent action.” He stated during a surprise meeting last week in Shenzhen that China’s economy is in a critical stage of stabilization, and the adoption of a sense of urgency in the country’s endeavors to consolidate recovery momentum is needed.

According to Li, the country should “fully implement the new development philosophy and coordinate epidemic prevention and control with economic and social development in a highly efficient way.”

The urgency has a lot of sources in addition to the pandemic, among them the worst heat wave for decades, creating water and energy shortages and higher prices for vegetables, the growing unemployment of youngsters between 16 and 24 years reaching 20%, the dramatic slowdown of the real estate market, depriving citizens of a way to invest and the regional government of a major source of income from land sales.

The latest industrial production and retail sales figures underline the fact that the momentum of recovery is lost, and China will not reach the annual 5.5% GDP growth set as a goal at the beginning of the year.

Selecting Shenzhen to speak online to leading officials of six major economic provinces (Guangdong, Jiangsu, Zhejiang, Shandong, Henan, and Sichuan) appears odd but is a clear reference to 1992. The online meeting was part of what Xinhua, according to the Shanghai Daily, called “an inspection tour in Shenzhen,” similar to the inspection tour Deng Xiaoping did in early 1992 to restart the Reform and Opening policy.

Like Deng 30 years before, Li emphasized the importance of Guangdong in the process and the importance of an open country and a level playing field for Chinese and international companies in China. Li even lay down flowers in front of the Deng Xiaoping statue in Shenzhen. This comes close to an open challenge of the paramount leadership of Xi Jinping.

In Imperial China, a governor of a remote province could document his challenge to the central authority of the emperor by putting nine instead of seven vessels for ritual sacrifices on the altar of his family temple. Li repeating the Southern inspection tour amounts to much the same, with Li adding another twist of pointing out that there can be no way to go back to Maoist times: He is quoted as saying, “Time waits for nobody,” which sounds very much like Gorbachev in 1989 saying “Life punishes those who come too late.”

After the Beidaihe meeting in the first half of August, Xi Jinping went to the Northeast to visit a museum in Liaoning dedicated to a 1948 battle under the leadership of Mao Zedong against the Guomindang, which forced them to leave for Taiwan and to inspect local government flood prevention efforts.

Li Keqiang went south on his inspection tour to Shenzhen instead. The symbolism reflecting the two lines within the party could not have been clearer.