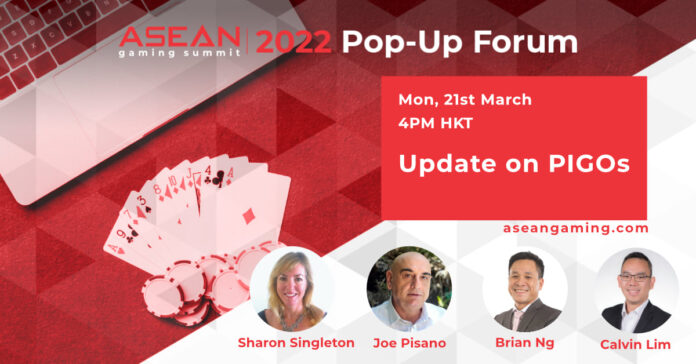 Motivated by rampant illegal online gaming and a business environment challenged by the Covid-19 pandemic, the Philippines’ PIGO scheme, also known as the Philippines Inland Gaming Operator scheme, has evolved from a simple stop-gap for depressed revenue to becoming a significant driver of growth in its own right for traditional land-based gaming venues.

It’s a program that in essence allows a land-based gaming venue to extend the reach of their physical properties to the domestic population by offering remote gaming – whether it be ebingo, sports betting, slots, or table games.

If the concept sounds familiar, it’s because it’s on the wishlist of virtually every land-based gaming operator in Asia.

Introduced in late 2020, the PIGO program has already come a very long way since its launch some 17 months ago.

It had a slow and rocky start, as operators participating in the scheme were initially only allowed to offer online services to registered VIP players. The mass market was not to be touched. There was also no mechanism set up that allowed players to make withdrawals or deposits without visiting the venue in person. With curfews and lockdowns making domestic movement difficult, the take-up was slow.

It was also argued that only allowing VIP players to engage remotely did nothing to solve the program’s goals – which was to stamp out illegal gaming operators and to refill the Covid-19 depleted government coffers. Thus, a short time later, the regulator expanded the program to allow any registered player to engage with the property and its games remotely.

Since then, the program has moved from strength to strength. DFNN, which was one of the first companies to set up a PIGO platform, hailed its entry into online gaming an “undeniable success.” Last week, it reported a 15 percent increase in revenue in 4Q21 – helped by strong performance from its interactive business.

PhilWeb, another operator of e-gaming cafes in the country, has also seen significant uptake in remote gaming revenues at its venues. There have been quite a few integrated resort operators that have, and continue to partake in the scheme and anecdotal evidence points to it performing as well as expected.

One of the biggest success stories in this PIGO scheme so far has been e-Sabong, or online cockfighting – a national past-time. In just the first four months of launching e-sabong, the Philippines gaming regulator said it already collected P1 billion ($19.9 million) in fees from licensed e-sabong operators.

Perhaps becoming a victim of its own success, the increased visibility of e-sabong has led to some negative press and political pressure – particularly after the disappearance of 34 individuals related to the sport.

At the moment, it doesn’t look like the sport will be suspended anytime soon, due to the amount of revenue it’s bringing in for the government.

This afternoon, Asia Gaming Brief is hosting a special one-off pop-up forum focusing on the growing PIGO sector in the Philippines. We’ve invited three of the most active players in the scheme, including Calvin Lim of DFNN, Brian Ng of PhilWeb and Joe Pisano of Jade Entertainment.

In this online webinar hosted on Zoom, our moderator Sharon Singleton, Managing Editor of Asia Gaming Brief, will aim at finding out how the PIGO scheme has performed since its inception, what have been the implementation hurdles, how have the regulations evolved, and where the program is going. We’ll also discuss whether there is a place for a similar scheme to be adapted in other gaming jurisdictions in Asia.

Today is your last chance to register for the hour-long forum. There is also an ability to pre-submit questions for the panel to answer in case you can’t join the webinar live.

Speakers at the ASEAN 2022 Pop-up Forum: Update on PIGOs