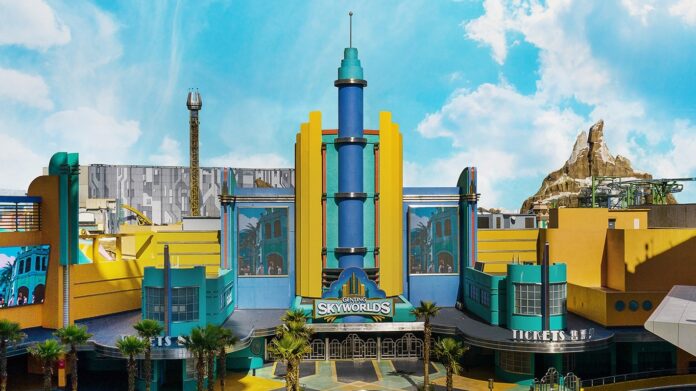 Senior industry executive and author Daniel Cheng shares his on-the-ground insights into Singapore’s two colossal operations and how the tables might turn as the venerable Genting Malaysia resort outperforms its cosmopolitan peer for the first time.

It once was the king of the hill. Up until the turn of the millennium when casino gambling in Macau was deregulated, the Genting Highlands Resort ruled as Asia Pacific’s largest casino resort.

Perched over 1800 meters above sea level in the heart of Banjaran Besar which formed part of the 1700 km-long Tenasserim range of the Indo-Malayan mountain system of Southeast Asia, the sprawling 15,000-acre resort nestled atop Gunung Ulu Kali, sitting majestically high above the clouds.

Since its inception half a century ago, the casino enjoyed a monopoly in Malaysia and faithfully minted shedloads of capital to fund the international exploits of the Lim family far and wide from Australia to the Philippines, the United Kingdom, America and the high seas.

But the home stalwart was to lose its flagship status after Resorts World Sentosa (RWS) opened in 2010.

At over $5 billion, the development cost for the Singapore resort had eclipsed the aggregate capital investment spent on the Malaysian property over its four decades in business.

The seminal resort not only lost its star billing in the Genting casino stable but also suffered the ignominy of a talent drain as experienced executives were cherry-picked over to the new integrated resort. The resort’s name too was changed to Resorts World Genting (RWG) as the Group amalgamated all its casinos’ brands under the new name created for the Singapore property.

RWS would live up to its billing to become the best Genting performer by far, and even touched the summit of the world’s most profitable for a couple of quarters.

Industry sages predicted the rise of RWS to be at the cost of RWG’s downfall, as much from cannibalization of the old to the new, and fierce market competition from the two, spanking new multibillion-dollar resorts.

The prophecy however did not materialize. Save for an initial blip, strong loyalty from local customers saw business rebounding despite the new kids on the block. While Malaysians do enjoy the occasional jaunts across the Causeway to punt in Singapore, their frequent pilgrimages up the mountain hadn’t lessened.

For the locals, there is a sense of gemütlich about RWG; it is distinctively Malaysian, and nothing can replace that homey feeling, like the comfort of the old, tattered blanket you can never part with.

For a decade, RWS reigned among the industry’s best, albeit under the shadow of Marina Bay Sands (MBS).

The ruthlessly-efficient American operator snapped up the lion’s share of the Singapore market and never once relinquish it. RWS is a cash cow in the own words of Genting’s chairman, but its performance looked decidedly ordinary vis-à-vis the only other game in town.

Regardless, the Sentosa property was the new darling of the Genting fold. As a favourite son, it has choice picks of new gaming jurisdictions as the second-generation owner plots with his generals to plant the Genting flag across the globe.

The Hong Kong house was bequeathed with Manila, the Singapore dominion had South Korea and the pick of the crop, Japan. The Malaysian business deferentially accepted more modest fiefdoms in Europe and the United States.

The latter’s obeisance would be rewarded with steady and respectable returns from these less glamorous territories, but its Singapore sibling was to be left empty-handed when its Korean partnership went awry while Japan ended up dead on arrival.

A monopoly is not always a walk in the park, and the Malaysian business faced a setback when an ambitious 10-year expansion masterplan was first thwarted when a Fox theme park had to be rebranded after Disney acquired the entertainment assets of Twentieth Century Fox.

The construction schedule was further delayed when COVID-19 struck in 2019. RWS too committed to a $3.2 billion expansion in exchange for extending its license in Singapore for another decade.

Meanwhile, the pandemic mortally wounded their Hong Kong counterpart which sunk under a sea of debt in its cruise business.

But even as one Genting demesne capsized, a new one arose in Las Vegas to replace it.