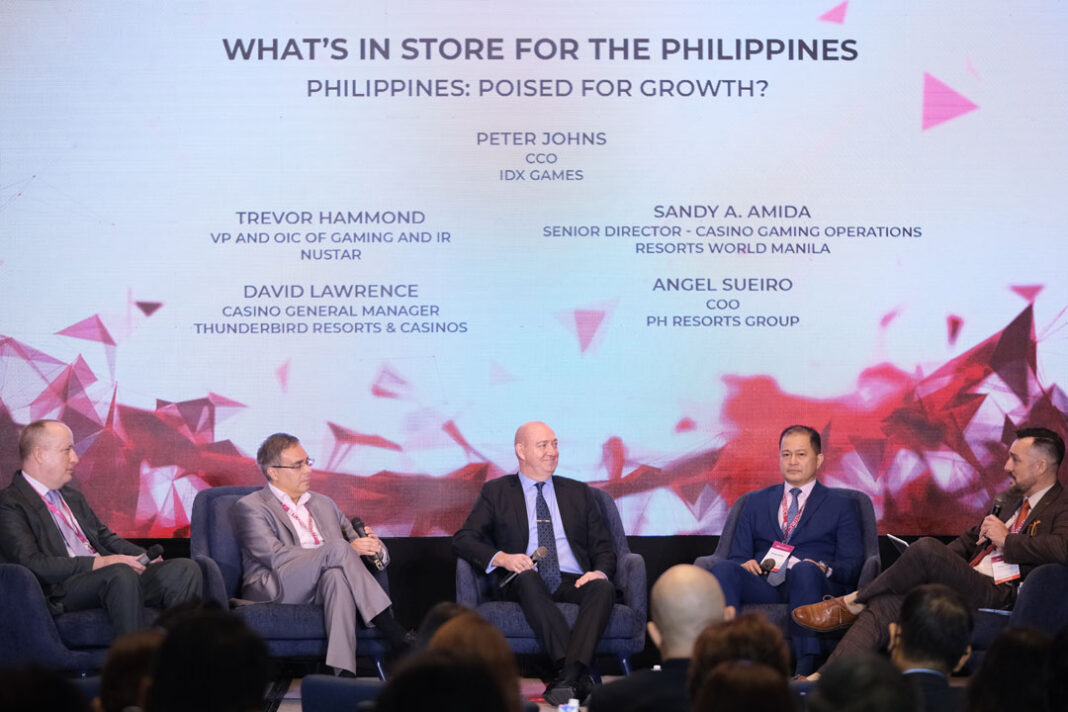 Some regional Philippine casino operators say they are expecting gross gambling revenue to return to pre-pandemic levels this year, with the market bouncing back stronger than they had expected.

Licensed casinos recorded GGR of PHP181.3 billion in 2019 before the Covid crisis hit, which was a record for the Philippines. In 1Q22 this year, the casinos reported PHP30.1 billion, but that figure only reflected a month of normal operations, with operations returning to full capacity from the beginning of March. Borders were opened to international tourism from Feb. 10th.

“I think we will be back to pre-Covid levels by the end of this year quite easily,” he said.

Thunderbird operates two properties, one in Rizal on a hillside overlooking Metro Manila and the other on the coast at Poro Point to the north of the capital.

Trevor Hammond, at the newly opened NUSTAR Resort & Casino on Cebu, was also upbeat about the market potential.

“We are extremely excited about the prospects in the Philippines,” he said. “It is moving much faster than we had expected.”

The Philippines benefits from strong support from the domestic market and is one of the few jurisdictions in Asia where locals are allowed to gamble. Newly elected President Ferdinand Bong Bong Marcos Jnr has said that the country expects to achieve its economic growth target this year of between 6.5-7.5 percent gross domestic product growth, after GDP jumped 8.3 percent in 1Q22.

In a state of the nation speech on Monday, Marcos said he plans to prioritize tourism development and will seek to improve transport infrastructure in the country, which will improve connectivity for the regional properties.

Lawrence said Thunderbird’s Poro Point property, which had been frequented mainly by “local locals,” was starting to see some foreign visitation.

Improvements to the road infrastructure had cut the driving time to just three hours from seven hours previously.

“Clark expanding is also good for us. The airport was expanded there and some foreign guests are making their way to Poro,” he said, referring to the Clark Freeport Zone which is home to six casinos and popular with South Koreans.

The panelists all agreed that the local market will be there to provide stability for the local industry, but they also see strong opportunities in the international market, especially with Macau still virtually shut off from the world.

Sandy Amida, senior director gaming operations at Resorts World Manila, which this month rebranded as Newport World Resorts, said he is confident in both segments of the market.

“We have been preparing for both the local and international market to grow and have taken the time to refresh our gaming areas, and we have expanded our gaming floor for the domestic market,” he said, adding that the junkets who were working with the property prior to Covid have resumed operations and he expected to have more come in.

Amit said it was possible that the Philippines could overtake Macau this year in terms of GGR given the ongoing Covid restrictions there.

Angel Sueiro, chief operating officer of PH Resorts, said the Philippines is in a strong position to capture a large share of the region’s premium mass market if it is able to develop an interesting product offer.

Sueiro also pointed to the opportunities that have been offered by the casinos’ abilities to offer online products through PIGO licenses, which PAGCOR began issuing in late 2020.

“Online will be at minimum as high as land-based and with much higher growth potential, but at the same time, online will depend on brand recognition that comes from the land-based,” he said. The casinos need to develop time and resources to understand the online offering and to build that brand recognition.

Although the regional operators are upbeat they will achieve full GGR recovery this year, overall the market will take more time to recover as the international segment lags. Giving the conference’s keynote address earlier in the day, Dan Cecilio, vice president of PAGCOR’s licensing and regulatory group, said the regulator is expecting licensed casinos overall to reach PHP105.85 billion ($1.91 billion) this year, though he said the estimates were conservative.