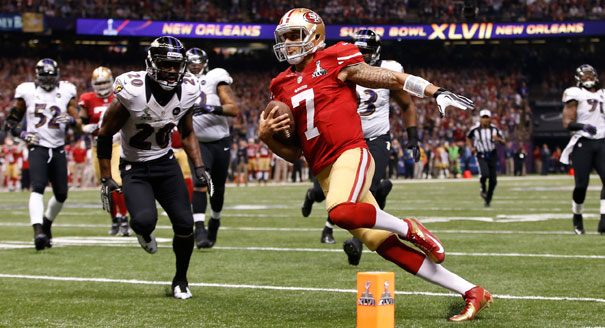 The rate is up three percent on a year-on-year basis as legal wagering and Responsible Gaming awareness continue to grow, AGA research findings show.

“The sustained interest in NFL wagering reflects the growth and continued maturation of legal sports betting across the country,” said AGA President and CEO Bill Miller.

Today, more than half (132 million) of American adults can legally wager in their home state, 18 million more than this time last year.

Americans have legally wagered more than $50.4 billion on sports in the first seven months of 2022, generating more than $809 million in federal, state, and local taxes.

Sports betting is currently legal in 36 states and Washington, District Columbia, with 32 jurisdictions already offering operational markets, of which 18 of the 22 states that are home to NFL teams have legalized sports betting.

As legalization spreads, punters are moving away from bookies and toward regulated and online options.

Among NFL bettors, the Buffalo Bills and Tampa Bay Buccaneers which is 9 percent are the most popular picks to win Super Bowl LVII, followed by the Los Angeles Rams and Kansas City Chiefs which is 8 percent and the Dallas Cowboys which is 7 percent.

The Super Bowl will be played in a legal sports betting jurisdiction of Arizona for the first time in February 2023.

As a result, key survey findings include that 23 million will place a bet online this season, which is up 18 percent from 2021.

Whereas 6 million will place a bet in-person at a sportsbook this season, which is up two percent from 2021.

Just 13 percent of NFL bettors say they will use a bookie, which is down two percent from last 15 percent in 2021 and five points down from 18 percent in 2020. Whereas bookies usage is 50 percent higher in states without legalized sports betting.

Importantly, since the NFL kick-off coincides with the beginning of Responsible Gaming Education Month, nine in ten which is 92 percent U.S. sports bettors report awareness of responsible gaming tools.

The majority of past-year sports bettors believe responsible gaming programs are very or somewhat effective up to 82 percent and that the gaming industry is committed to encouraging responsible gaming and combatting problem gambling which is 81 percent.

“Responsibility is an underpinning of regulated U.S. sports betting and a clear competitive advantage as we continue to build a sustainable marketplace,” the AGA CEO added.