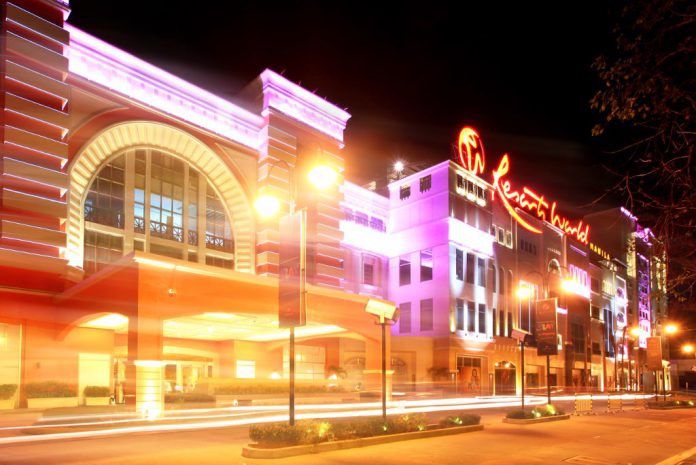 Travellers International Group, the operator of Resorts World Manila, said the property generated a 43 percent gain in gross gambling revenue in the first quarter as restrictions in the Philippines eased.

GGR came in at PHP6.5 billion, with the casino being allowed to resume full operations from the beginning of March.

Travellers said overall group revenue was up 29 percent to PHP4.8 billion, which it said was a “remarkable” recovery. Travellers is a joint venture between Alliance Global Group headed by tycoon Andrew Tan and Genting Hong Kong.

The group posted a consolidated net loss of PHP221 as the revenue rebound was not enough to cover operating expenses. Still that’s an 81 percent improvement on the loss reported last year.

The Philippines reopened to international travel in mid February. Hotel occupancy in the resort’s five hotels ranged from 47 percent  to 85 percent, compared with 35 percent to 73 percent a year earlier.

“AGI continued with its impressive growth momentum in the first quarter of the year as the overall improvement in mobility has allowed all our businesses to perform further closer to pre-pandemic levels – boosting revenues of our lifestyle malls, hotels and our quick service restaurants. This upturn is reflective of the underlying strength in the domestic economy, just waiting to be unleashed,” CEO  Kevin L. Tan said in a press release.

“Armed with the learnings we have acquired in the past couple of years, we target to achieve our pre-pandemic performance this year. We remain confident and optimistic of our growth prospects even in the face of current domestic and global headwinds,” he added.

The Philippines is seen as being one of the strongest in Asia this year.

Philippines’ licensed casinos produced a total of P30.1 billion ($575.6 million) in gross gaming revenue (GGR) in 1Q22, rising 29.6 percent compared to the same period in 2021, according to data released by PAGCOR.

Eric Coskun, director of casino projects at IGamiX Management & Consulting told Asia Gaming Brief last month that he expects casinos in Entertainment City to surpass the $2.2 billion generated in 2017 by the end of this year.

The Philippines is seeing strong pent-up demand from the domestic market and is one of the few jurisdictions in Asia where locals can gamble. In addition, tourism is expected to gradually resume.