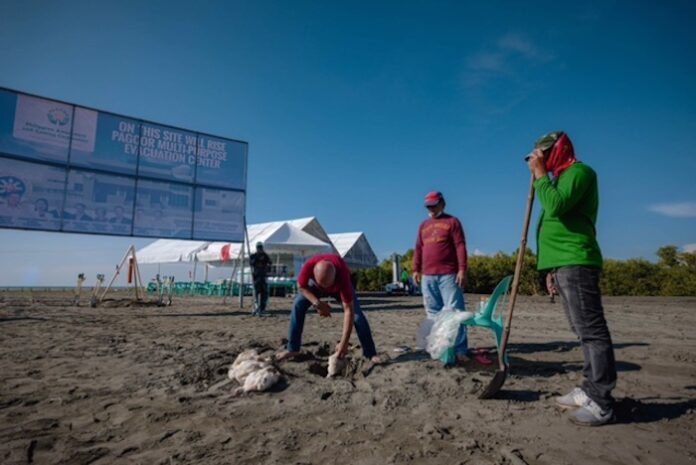 The Philippine Amusement and Gaming Corp. (PAGCORO is pushing on with its Multi-Purpose Evacuation Center project, contributing P150 million to shelters in Lingayen, Binmaley and San Miguel.

Both flood-prone towns of Lingayen and Binmaley each received P50 million grant from PAGCOR for the immediate construction of two-storey MPECs.

On July 15, 2021, the state-run gaming agency formally turned over the first tranche or P25 million check to the local government of Lingayen and Binmaley during the groundbreaking ceremonies of the two MPEC projects.

Lingayen Mayor Leopoldo Bataoil said that the “MPEC project will answer the needs of the local government units such as Lingayen. I thank PAGCOR for including us as project recipient. Rest assured that this partnership will be a success and will benefit a lot of people.”

PAGCOR Chairman and CEO Andrea Domingo said that because of the need for typhoon-resilient evacuation centers in vulnerable communities, the agency will continue to do its best to provide solutions to disaster-prone areas in the country.

Aside from Pangasinan, the town of San Manuel in Tarlac received PAGCOR’s P50 million grant during the groundbreaking of a two-storey MPEC project in barangay Sta. Maria on July 16, 2021.