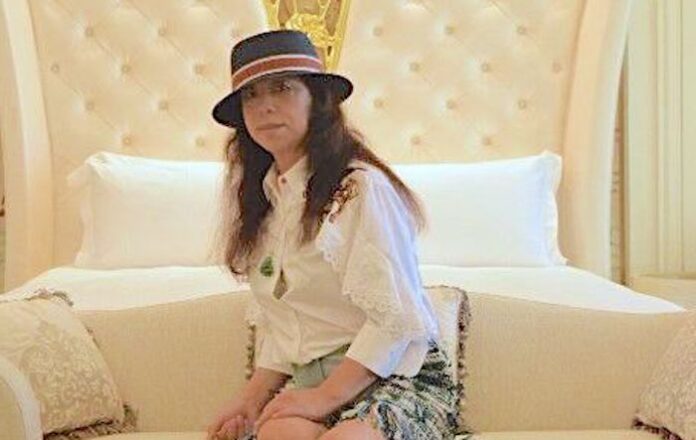 Imperial Pacific International Chairwoman Cui Li Jie is again living under threat of jailing, being accused of both failing to comply with a subpoena as well as perjuring herself in earlier testimony.

Attorney Aaron Halegua, who represents seven construction workers who have sued IPI over labor and human trafficking allegations, told the federal court that Cui has provided “demonstrably false testimony that she had never been to the casino site before this year, that she was not served with the subpoena, and that she did not have her cell phone (containing useful information about her WeChat contacts) in her purse during the deposition.”

He added, “Ms. Cui’s appearance at the February 5 deposition, which amounted to no more than a litany of evasive and untruthful answers under oath by a witness determined to be uncooperative, further [justifies] a finding of contempt.”

District Court for the NMI Chief Judge Ramona Manglona has issued a “show cause” order against the IPI chairwoman, requiring her to explain in writing why she should not be put in jail for not complying with a legal summons, and why she should not be found in civil contempt for failing to comply with a subpoena.

The judge has scheduled a hearing for tomorrow morning.

In another pending legal case, the US Department of Labor has nominated NMI Settlement Fund trustee Joyce Tang of Guam as receiver for the liquidation of some assets of IPI.

Judge Manglona has ordered IPI to pay the current employees’ back wages from a consent judgment by March 1, with the balance remaining at US$1,182,793, and also to create an escrow account to cover future employee payroll in the amount of US$800,000.

The judge says IPI will be placed in receivership and its assets liquidated if these conditions are not met.

Judge Manglona has scheduled a status hearing for March 31.