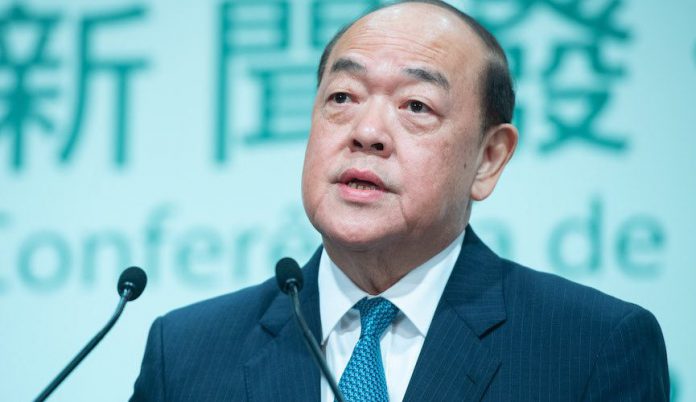 The GGR forecast figure was the exact same one expected for 2021, though an outbreak of Covid-19 in August, September, and subsequent travel restrictions in October had set back recovery, said the chief executive.

Mr. Ho made the comments on his return from a four-day visit to Beijing to meet with President Xi Jinping and Premier Li Keqiang about Macau’s current political, social, and economic development.

Mr. Ho said the government has yet to assess the impact of the suspension of junket promoters, adding that the Labor Affairs Bureau will continue to assist junket employees affected, according to Macau Business.