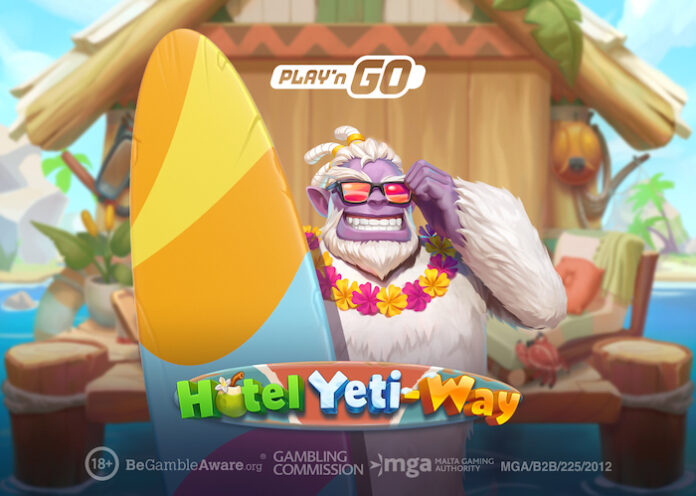 Let’s face it. It’s been an odd couple of years, and the need for entertainment is more important than ever. That’s where we come in. In our mission to become the best gaming entertainment supplier there is, delivering the highest quality of products and services and innovating industry-leading features are at the forefront of everything we do.

This month sees a new character added to the Play’n GO repertoire. The charismatic Yeti. Hotel Yeti-Way takes the mythical Himalayan Yeti out of his frozen environment and sees him holidaying on a tropical island – we’re a bit jealous.

This new slot game gives players more ways to win with every spin. Dynamic Payways mechanics have been around for a while now. So, what do we mean by more ways to win? With every Free Spin on Hotel Yeti-Way, one or more of the reels are selected to have a Multiplier, doubling the number of payways on those reels, and in turn, more ways to win – 262,144 to be exact – heightening the thrill further in an already action-packed game.

It can be easy to get swept up in the mechanics of the games, but the visuals are also key. Take when developing Hotel Yeti-Way, for instance, we wanted impressive visuals to complement this bold character. A bright colour palette has been used to radiate a mood-boosting summer feel. Our creative design team (we’re biased, we know) have paid attention to every detail; backgrounds change with the Yeti to match the theme of his attire, one minute he’s scuba diving, the next bungee jumping.

Pushing the gaming experience further to immerse players and keep them entertained is what we strive for, and that’s just one of the reasons we’re the best gaming entertainment supplier there is.