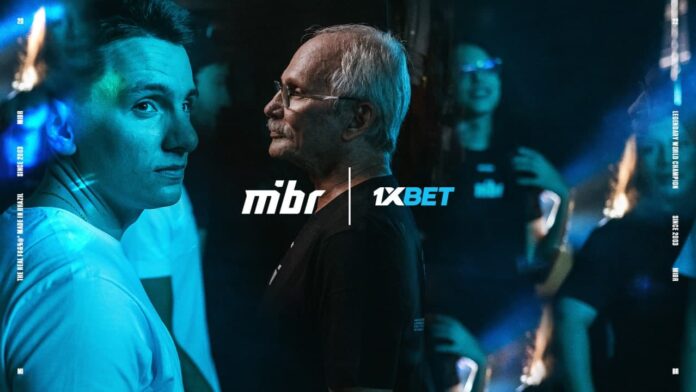 1xBet will be a sponsor of the CS:GO male and female teams, with its brand appearing on the teams’ jerseys for three years.

The arrival of the new commercial partner was promoted along with the global sports marketing agency SPORTFIVE. The agreement between 1xBet and MIBR encompasses the Counter-Strike GO female and male teams for three years, as well as also supporting the launch of the “Be a Legend” project.

“These investments should intensify the pursuit of high performance by all our teams throughout 2022. We believe that this year will be productive and with a milder scenario in relation to the pandemic. We will invest in many bootcamps, tournaments, experiences, plus a possible return to our Gaming House in the United States, and who knows, hopefully, some titles!” says Roberta Coelho, CEO of MIBR.

1xBet representative, Alex Somers, added: “We are glad to be a partner of one of the most influential esports teams in the world, and we are very enthusiastic about being part of its journey. We are anxious to see what the upcoming three years will bring for the organisation and its community of fans”.