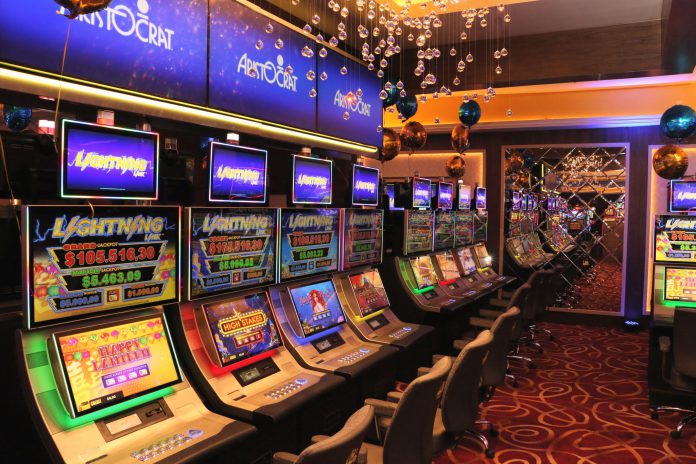 With most of the competitors of Aristocrat Leisure, based on opportunities in revenue stable gaming operations segment and possible growth dynamics amidst challenges in digital space, leading brokerage establishment J.P.Morgan has rated ALL share as “Overweight” and cites target price of A$46 per share from its current trading of A$34.11 per share.

Aristocrat Leisure is an Australian-headquartered gambling machines manufacturer having marketing presence across US, Russia and South Africa.

The observations arguing for rating the ALL stock as “Overweight” is primarily based on the data pointers recorded by brokerage representatives who were on an Oklahoma trip on May 22.

“ALL acknowledged the “Power of Oklahoma” as the bellwether for optimized land-based trading,” the report emphasized.

From the data-pointers of second quarter, it is clearly visible that over 2Q22 varying gains and losses across competitors including International Games Technology (IGT), Light & Wonder (LNW), Everi led to a slight decline in their collective installed base, “however ALL has typically outperformed these competitors historically,” the report read.

For 2Q22 Everi and LNW grew whilst IGT continued declining.

To study the comparatives, LNW’s ‘premium’ installed base increased 14 percent on a year-on-year basis whereas ALL 2H22 installed base growth assumption is 12 percent which appears reasonable in the context of LNW’s premium growth rate which is at the top end of the peer group.

Digital portfolio analysis of ALL sounds little unpleasant given the volatility of point-in-time data and the gradual uptake of ALL’s Plarium Play platform of which the downloads and revenues are not captured by App tracking software or websites.

“Unequivocally, Digital platforms of ALL remains the area of concern for investors,” the brokerage report warns investors on the challenging environment in digital space.

While speaking about competitors, SciPlay reported flat daily active users (DAUs) and average booking per DAU into June which was the fifth period of flat DAUs, the brokerage report read.

Similar to ALL, SciPlay appears to have prioritized a higher value user given ABPDAU has grown to offset DAU stagnation. The net result at the revenue line was 4 percent growth year-on-year.

IGT’s Installed Base in US and Canada decreased 5 percent year-on-year basis, equivalent to 1,600 machines. Sequentially the rate of decline was 2 percent or 500 machines. However, the win per day increased 11 percent on a YoY basis, helping to offset the weakness in volume.

Whereas Everi’s Installed Base increased 7 percent year-on-year, equivalent to 1,200 machines. Sequentially the rate of increase was less than 1 percent equivalent to 140 machines. The key driver of volume growth was Class III, plus 12 percent on a year-on-year basis and Class II volume growth was 4 percent. Win per day decreased 13 percent on a year-on-year basis, offsetting the strength in volume, but slowly and gradually win per day increased slightly and has recovered to above the pre-COVID-19 high.

Whereas in Digital space SciPlay revenue increased 4 percent on a year-on-year basis however margins declined as EBITDA fell 15 percent year-on-year. This was attributed to higher marketing expenses to drive exposure and user acquisition. Interestingly, user acquisition spend resulted in flat DAUs for the quarter. Daily Active Users (DAUs) remained flat at 2.3 million, this was the fifth consecutive quarter of flat DAUs. Whereas Average Revenue per DAU increased 3 percent on a year-on-year basis, continuing to offset flat DAUs. SciPlay has been able to drive revenue growth via an increasing ARPDAU over time – however this trend has also flattened in recent periods.

So, the competition detailing on the installed base across US and Canada and wins per day as well as digital landscape is expected ALL to understand and address the market share dynamics, “This continues to be supportive of ALL taking market share,” the brokerage report emphasized.

The brokerage report further states that, “ALL has retained their FY22 guidance provided at the 1H22 result in May. For Gaming Ops this encompasses a ‘market-leading position in Gaming Operations’. For Digital, bookings and profitability are expected to grow, albeit the company has acknowledged the significant pull-forward in digital demand over the pandemic.”

J.P.Morgan continues to retain “Overweight” rating for ALL stock, reasoning that, “ALL is a slot machine manufacturer with operations in ANZ, the Americas, and International Class III segments, as well as a fast-growing Digital division.”

The brokerage report further claims that, “ALL has been consistently gaining market share in North American gaming operations. ALL has significantly increased its digital exposure and continues to develop titles for both land-based and digital platforms.”

Further digital growth and capital management opportunities are available, coupled with strong execution by management, despite a challenging cyclical environment. We believe the risk or reward remains attractive; the report read.

However, the brokerage equally warns on the Key downside risks to its rating and price target mentioning which primarily consists of

2)   Australian per-capita gaming expenditure has declined 0.7 percent on average since 2007/8, which could indicate a shift of preference within the gaming sector.

3)   This shift, coupled with technological advances, may favour emerging industries such as virtual reality or skills-based gaming.

4)   ALL is also susceptible to foreign exchange exposure because it generates revenue in multiple currencies, particularly USD.

5)   There is also the ongoing risk of changes to the regulatory environment in which ALL operates, which may have a material impact on earnings.

7)   Other risks include digital titles’ performance and casino reopening.