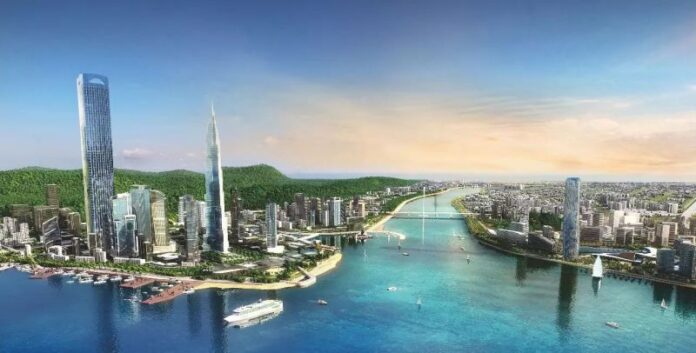 Trouble is afoot in Japan, as in an unexpected move, the (historically) pro-IR ruling party for Yokohama may be jettisoning their support for an IR in the city in a desperate bid to hold onto its mayorship in the city. This could remove the last significant pro-IR force in the city, if incumbent Mayor Hayashi decides not to run for reelection.
In Macau, one year out from the expiry of its gaming concessions, the government has announced a major upgrade to its gaming regulator, doubling its inspection staff to 459, as well as an appointment of a deputy director and other structural changes.
Whilst in Cambodia, the Vietnamese government has warned its citizens to be vigilant when taking attractive offers to work in Cambodia, as it has found many who’ve migrated to the country have been tricked into working in the online gambling industry in difficult conditions – most of which is in Sihanoukville.
Finally, attention is turning to Hengqin, which is seen by the Macau government as a means to drive tourism and visitation to the territory. We speak to a number of market observers about the opportunity and what it means for Macau’s gaming industry.

With just one year to go before the expiry of Macau’s casino concessions, the government has announced a major overhaul of its gaming regulator, more than doubling the number of inspection staff. Macau’s Executive Council, an advisory body, said the changes were necessary to strengthen supervision due to the increasing number of gaming establishments. Inspection staff will go from 192 to 459, with the number increasing gradually according to needs, the council said in a statement. Other changes include the addition of a deputy director, under Gaming Inspection and Coordination Bureau Director Adriano Marques Ho.

Victims of labor trafficking forced to work in Sihanoukville casinos

Sihanoukville has been identified as a major hub for trafficked Vietnamese workers, lured to migrate to Cambodia with attractive offers, but forced to work long hours and physically assaulted. The embassy said that victims would be forced to work 16 hours a day and many were physically assaulted if they tried to escape. Victims refusing to work and wanting to return to Vietnam were beaten and forced to take on between $1,000 and $8,000 of debt. These workers would be trained to find and entice potential customers for online gambling.

In an unexpected move, the ruling Liberal Democratic Party appears headed toward backing a candidate for Yokohama mayor who will campaign on a platform of opposing the current Yokohama IR development plans. Reports emerged this weekend that National Public Safety Commission Chairman Hachiro Okonogi—a member of the Suga Cabinet—will soon resign his national government post to run in the Yokohama mayoral race as the ruling party’s candidate. The big twist is that he will apparently be running on a policy that is negative toward the current IR development plans.

Hengqin back in focus as Macau deepens GBA ties

As the Macau government steps up cooperation with neighbouring Guangdong province, attention has begun to pivot back to the island of Hengqin and its potential to drive tourism and visitation to the territory. At the Guangdong-Macau Cooperation Joint Conference held last week, government officials identified four main areas for collaboration, with the first being listed as an intensive cooperation zone planned for the island. There has been talk for decades of greater integration between the two to help drive development of mass market tourism and non-gaming amenities, providing the space that Macau lacks. However, development has been slow, partially due to reluctance among Macau citizens to be engulfed by the Mainland. Covid may have helped to soften attitudes.