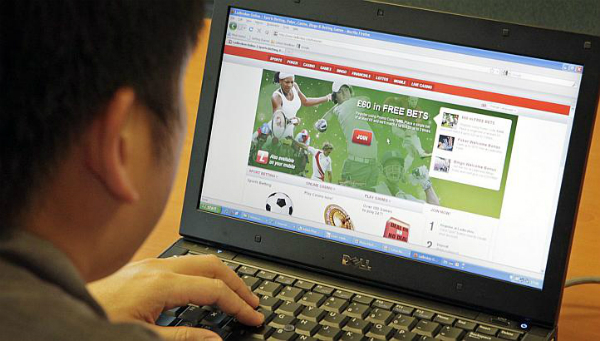 Sunny skies when gaming analysts extrapolate that Macau GGR is likely to surpass pre-pandemic 2019 levels, by a whooping 25 percent, by 2025. The argument is the long-term structural story for the market, driven by mass and premium mass gaming.
In the Philippines, POGOS are reportedly making a “revenge comeback” and in need of 17,000 square meters of office space. Real estate Leechiu Property Consultants places the mass exodus of operators in the 30 percent range and expects business to drum up again once borders reopen.
Over to the Marianas, and in light of the “bleak future” facing the IPI project on Saipan, minority senators are pushing for a second casino license in the event that IPI’s exclusive casino license is revoked.
Across the water we examine the differing routes American operators have been taking to capture their share of the online market, expected to grow at a 10-year compound average growth rate of about 32 percent to reach $45 billion by 2030. The word is it’s getting overpriced to buy in.

Macau’s gross gambling revenue is likely to be 25 percent higher in 2025 than it was in 2019, according to analysts at Bernstein, who say the long-term structural story for the market, driven by mass and premium mass gaming remains intact.  In a note on Sands China and Las Vegas Sands, the analysts said they expect GGR in 2022 to reach 89 percent of pre-pandemic levels and then to see growth of more than 11 percent through to 2025. They said they expect the mass market to be 50 percent higher than it was in 2019. Bernstein has an “outperform” rating at both Sands China and its parent company Las Vegas Sands. The firm expects Sands to retain its leading market share of Macau’s mass market and non-gaming revenue.

Philippine Offshore Gaming Operators (POGOs) are reportedly making a “revenge comeback” to the nation after suffering a mass exodus due to COVID-19 and increased regulations. Leechiu Property Consultants estimates that POGOs are currently in need of 17,000 square meters of office space, after seeing zero demand during the pandemic. The consultancy’s estimates that only 30 percent of the POGOs have left the country and expects more leasing as the borders reopen to foreigners.The firm also states that a new bill aimed at increasing taxes on POGOs would be a growth driver for the sector, improving investor sentiment due to clearer regulations.

In light of the “bleak future” facing the Imperial Pacific International project on Saipan, two minority bloc senators are pushing for a second casino license on the island in the event that IPI’s exclusive casino license is revoked by the Commonwealth Casino Commission. Senators Edith Deleon Guerrero and Paul A. Manglona believe that urgent action should be taken to improve the state of the island’s gaming industry, and that means finding a second operator to move into the territory. Expanding the CNMI casino industry, however, is not the only solution being offered.

Although short on details, Las Vegas Sands’ long-awaited entry into digital gaming looks set to chart a different course from its rivals, who have all been faster into the online space. Since the U.S. Supreme Court overturned a ban on sports betting in 2018, states have moved quickly to regulate online sports betting and gambling and land-based casino operators have seized the opportunity. The Covid-mandated casino closures added further impetus to gain a toehold in a market, which analysts project will grow at a 10-year compound average growth rate of about 32 percent to reach $45 billion by 2030. However, operators have chosen varying routes to tap into the market, with LVS taking a different approach entirely.