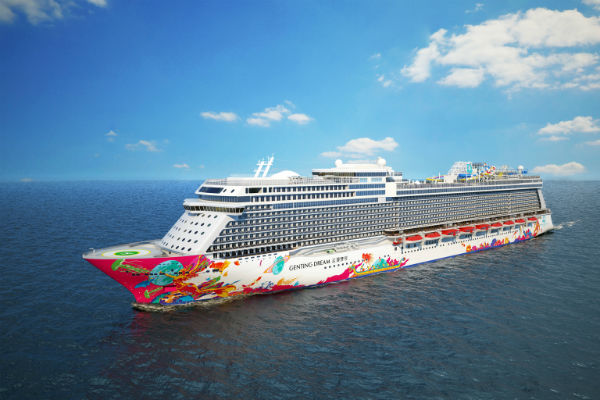 A high-class entertainment tourism center, complete with a casino, is being proposed in the Van Phong Economic Zone, not far from Cam Ranh Bay in Vietnam. The proposal, which has already been sent to the Prime Minister, is part of the province’s plans for the development of the economic zone which has plans sketched out all the way to 2050.
Meanwhile, another bombshell has dropped for Crown Resorts in Australia, after the company was accused of “leaning on” the Victorian government, warning of “severe consequences” should something happen to its license in the state.
Finally, we speak to cruise industry expert Michael Hackman about some of the changes that are incoming for the global cruising industry. In addition to technological innovation aimed at improving customer safety which we outline in our recent infographic, Hackman expects changes to the way customers will experience cruise ship holidays, as well as upward pressure on pricing. Despite all this, the industry will rebound as it always has, he says.

The Khanh Hoa Provincial People’s Committee in Vietnam has proposed to build a high-class entertainment tourism center with a casino in the Van Phong Economic Zone, not far from Cam Ranh Bay. The proposal, which has been delivered to the prime minister, comes in the context of the province’s plans for the development of the economic zone, sketching out plans to 2040 and a more general vision to 2050. It is expected that the construction area within the zone will reach up to 12,000 hectares by 2030 and 15,000 hectares by 2040.

Crown warns of “severe consequences” should it lose its license

Crown Resorts has denied attempting to “lean on” the Victorian government after sending a letter to Victorian gaming minister Melissa Horne last week warning of “severe consequences” if there was a negative finding against it. A redacted version of the letter was made public on Friday, the last day of public hearings, showing that Crown told the minister that 12,000 jobs were at stake and that it was “not in the public interest for Crown to fall.”

Cruise industry set to resail, but with changes: Hackman

The cruise industry has gone through its fair share of trials over the years, but nothing has accelerated trends within the industry more so than the Covid-19 pandemic, says cruise industry expert Michael Hackman. “Historically, cruise shipping has proven to be resilient in a crisis,” notes Hackman, Managing Director of Admirals Associates, a service provider to the cruise, ferry, and superyacht sectors. It’s true that the latest pandemic may have just trumped all others as being the most disruptive event in this side of the century, but nevertheless, there is an expectation that the cruise industry will enact its trademark rebound once it’s over.