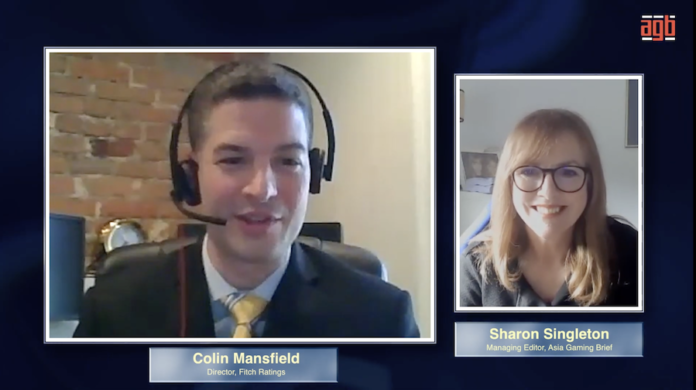 Shares in tourism-related stocks in Australia bounced yesterday after the government announced a A$1.2 billion (US$928 million) stimulus package, an effort to pump up the nation’s tourism sector, which, of course, has been battered by the enduring effects of the Covid pandemic. Meanwhile, over in Saipan, today is the day that Imperial Pacific International is expected to fall into receivership, maybe, unless they cough up some eleventh-hour cash that keeps the hounds at bay. Meanwhile, there are no problems finding cash over at Las Vegas Sands, and Rob Goldstein has just reiterated that the firm still has its eyes on Asian expansion. In that vein, most operators have weathered the storm well, leaving little potential for a buying spree of distressed assets, Colin Mansfield, an analyst with Fitch Ratings, told Managing Editor Sharon Singleton in a Face to Face interview with Asia Gaming Brief about the impact of the Covid crisis on the balance sheets of Asia’s operators and the road to recovery.

Las Vegas Sands Corp CEO Rob Goldstein has reiterated his interest in potentially expanding their operations in Asia, other parts of the U.S. and digitally, using the proceeds from their recent Las Vegas property sale. During the J.P. Morgan Gaming, Lodging, Restaurant and Leisure Management Access Forum 2021, Goldstein explained the reasonings behind selling their properties in Las Vegas. “Las Vegas is a small part of our business. 90 percent plus of our EBITDA resides in Asia.” Goldstein said the company felt that holding the assets in Vegas would freeze up capital in a market they felt would be a lot tougher to grow EBITDA.

Shares in tourism-related stocks in Australia bounced on Thursday after the government announced a A$1.2 billion ($928 million) stimulus package that includes 800,000 subsidized half-price airfares. The package is designed to encourage Australians to travel at home to stimulate the tourism economy as long as the international borders remain shut due to Covid. Shares in Flight Centre Travel Group ended the day up 9.2 percent, while Qantas airways was up 2.5 percent and Webjet up 3.75 percent. Shares in the country’s two biggest casino operators were mildly positive but didn’t receive the same boost from the news as other players in the tourism sector.

Colin Mansfield, an analyst with Fitch Ratings, spoke with Asia Gaming Brief’s Managing Editor Sharon Singleton about the impact of the Covid crisis on the balance sheets of Asia’s operators and the road to recovery. Most operators have weathered the storm well, leaving little potential for a buying spree of distressed assets.