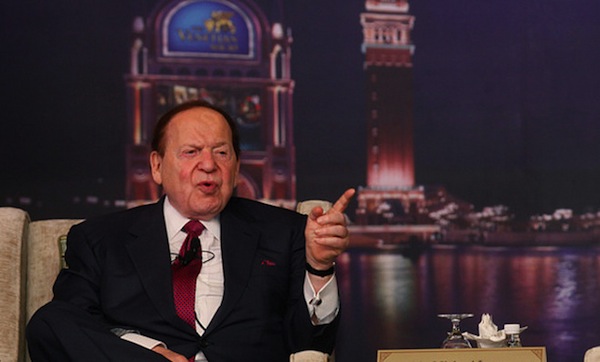 Las Vegas Sands has revealed that Chairman Sheldon Adelson has taken medical leave with immediate effect in connection with his cancer affliction. Rob Goldstein has taken the reins in his absence. In Japan, the Nagasaki Prefectural Government has launched its RFP process on a relatively short timeline. In our weekly wrap-up, AGB Managing Editor Sharon Singleton takes another look at the digital ambitions of MGM and what it portends for the industry. Finally, in our first Face To Face video interview of the year, we talk with Frederic Winckler of Melco Resorts about Macau and the luxury market.

Las Vegas Sands has revealed that Chairman Sheldon Adelson has taken medical leave, though analysts say his departure is not a concern in terms of changes in strategy at the casino operator. Adelson, aged 87, left with immediate effect to resume treatment for non-Hodgkin’s lymphoma, a condition for which he underwent attention in 2019. Chief Operating Officer Rob Goldstein will take over in his absence.

The Nagasaki Prefectural Government has launched its RFP process as anticipated, setting January 28 as the deadline for accepting documents from the interested parties. As far as is known, up to seven operator consortiums are bidding for the Huis Ten Bosch theme park site in Sasebo city, including Casinos Austria, Oshidori International, Pixel Companyz, and a consortium involving Current Corporation, Get Nice Holdings, and Sofitel Ponte 16. Three unnamed operators that did not participate in the earlier RFI and RFC processes are also expected to jump in this final round.

Interview with Frederic Winckler: The future of luxury

Frederic Jean-Marie Winckler, executive vice president and chief creative and brand officer of Melco Resorts & Entertainment, talks with Michael Penn, executive editor of AGB Nippon, about the future of the luxury market in Macau and beyond. Among the topics addressed are the growing importance of digitization and the direction of luxury trends within the premium mass segment.

It’s been anything but a slow start to the New Year. While only in its embryonic stages, MGM Resorts International’s bid for the U.K.’s Entain has the potential to trigger a chain of events that could have wide reaching implications for gaming in Asia. Analysts say it may dent its appetite for Japan, but also has potential repercussions in Macau where a leading shareholder was quick to push for an opportunity for change.