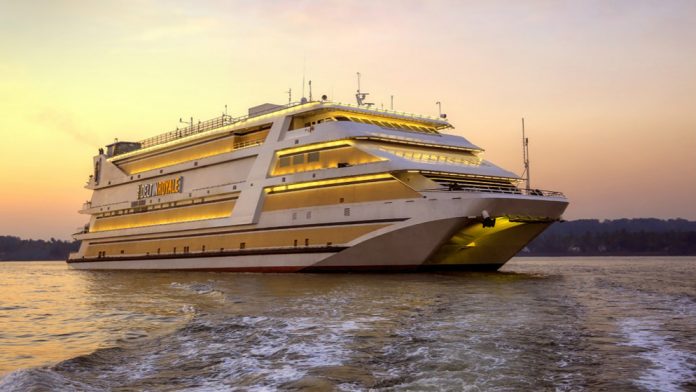 One gaming operator to watch in 2021 will be India’s Delta Corp., whose stock got a mid-month bump in December after it announced it had received approval in principle to build an integrated resort on shore in Goa.

The company is India’s largest and only listed casino operator and holds three of the six offshore licenses in Goa’s Mandovi River. It also has a casino in the northern state of Sikkim, is expanding into Nepal and has an integrated resort in the Union Territory of Daman for which it’s awaiting a casino license.

However, the news the company will push ahead with a resort in Pernem in northern Goa may be a game changer for the industry in the country. Investors thought so, pushing its shares up more than 3 percent on the day of the announcement.

The company will transfer all of its offshore operations to the new resort, which will include hotels, a water park, retail, a convention center and a multiplex cinema. Delta specified that the IR will have an “electronic” casino, indicating however that the government has not yet changed its stance when it comes to offering table games in land-based properties.

Delta now has more than 2,000 gaming positions in India. It’s also expanding its operation in Sikkim following the opening of the Pakyong Airport, which has greatly improved accessibility to the remote area.

It received a license to open at the Marriott Hotel in Kathmandu in Nepal in January last year, when it said operations would begin “soon,” before the Covid-19 crisis took hold.

Delta describes its luxury resort in Daman as being “casino ready,” but it still has not received government approval more than six years after opening.

Despite that, Chairman Jaydev Modi said prior to the pandemic that its hotels in Goa and Daman were breaking even at an EBITDA level, as the latter is the only five-star property in the region and is being seen as a weekend getaway.

“It has fast emerged as a perfect destination for large-scale weddings and also caters to the MICE segment,” he said.

In 2019, the company also entered the gaming cruise industry through a $10 million investment in  the Essel Group’s Jalesh Cruises, under which it will become the preferred partner for gaming centres and casinos on all their cruise liners.

In the online sphere, it added to its portfolio with an investment into fantasy gaming portal HalaPlay.

As with nearly all other casino operators, Covid-19 put a dent in the company’s rapid growth in 2020. The casinos were shuttered in March and reopened for operations in the first week of November.

“The general expectations are that normalcy could be gradually restored by the end of financial year 2020-2021,” Delta said, after reporting it had swung to a loss of Rs2.05 in the three months to end-September, compared with a profit of Rs 2.18 in the same period a year earlier.