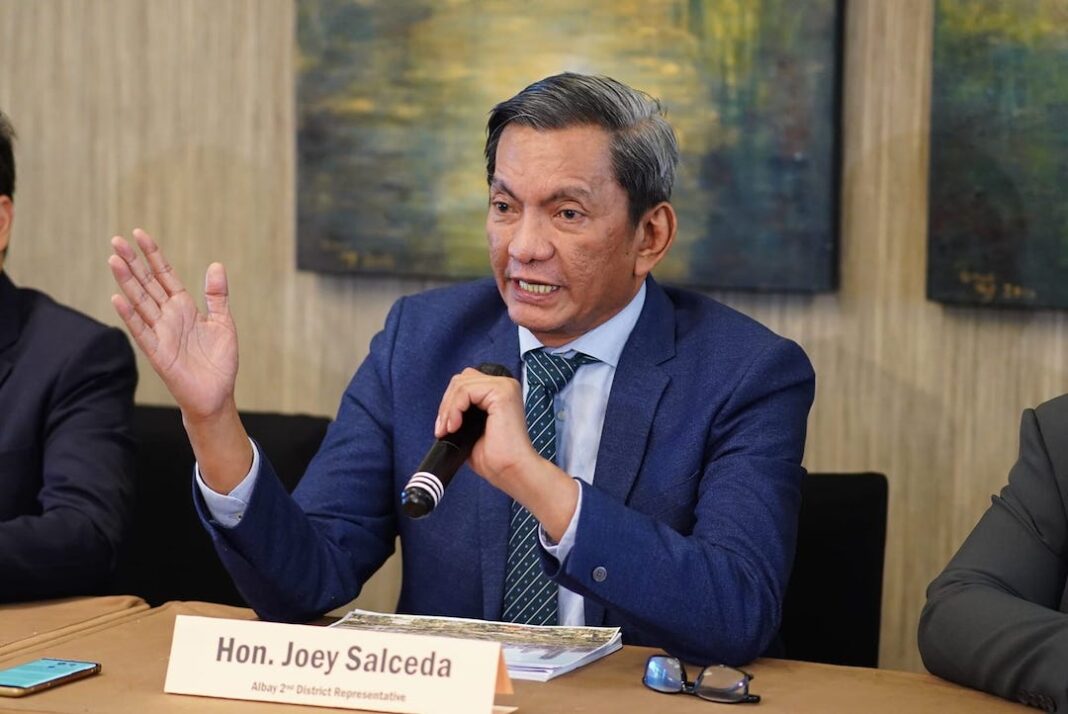 Philippines House, Ways & Means Committee Chairman, Senator Joey Salceda, argues that “the solution to illegal POGO is not to close down all POGOs.” Instead, operations should be remitted to special POGO-specific economic zones, allowing the government to benefit from the income while insulating the industry from the rest of the country.

Philippines lawmakers are slipt on dealing with the rise of POGOs related criminal activity, with one faction demanding a total ban. On the other end, Philippines House, Ways & Means Committee Chairman, Senator Joey Salceda, argues that “the solution to illegal POGO is not to close down all POGOs”.

“If anything, that will only create an entire underground sector,” he cautioned. Alternatively, operations should be remitted to special POGO-specific economic zones, which would allow the government to continue to benefit from the tax income while insulated from the rest of the country.

A call for a carpet ban on the Philippines Offshore Gaming Operators (POGOs) has triggered a major rift among lawmakers as a means to deal with a rise in criminality linked with the online gaming sector.

In turn, the opposite faction, a total ban on POGOs will just not hit the economy of the nation, but such an authoritarian act could turn disastrous, further worsening gambling-related crime and social unrest.

A “blanket ban on a specific sector, when there are laws that already exist to prevent abuses in any kind of business, will be seen as arbitrary,” Senator Joey Salceda told local media.

The Senator argued that such action will hurt the nation’s reputation with investors, not just in the gaming sector.

“We will be known as a country that burns down houses just to kill the rat inside,” Manila Standard quoted Salceda.

The Senator argues that it would be in the best interest of the government and the Philippines, which is in dire need of revenues to boost the pandemic-hit economy, to keep POGO operations within POGO-specific zones that are ring-fenced from the rest of the country.

“New licenses will be in these zones, and existing licenses will be allowed only to complete their leases. Any offshore gaming that operates outside such zones will be considered illegal,” Salceda proposed in the local media.

Senator Salceda’s proposal is reminiscent of the industry’s standing prior to PAGOR’s creation of the POGO vehicle.

Salceda maintained that banning POGOs that pay billions of pesos in tax revenues is not the solution to alleged unabated crimes, since the country is replete with laws to deal with such infractions.

“Our policy cannot be to give an entire industry up just because there are bad actors. All industries have bad actors. My stand is for the government to wield the full weight of the law,” he stressed.

“The solution to illegal POGO is not to close down all POGOs. If anything, that will only create an entire underground sector,” Salceda cautioned.

Much alike smuggling inside ecozones, the focus should be to “fight smuggling harder, (and) not to close down all ecozones,” the House, Ways & Means Committee Chairman stressed.

The call for a ban on POGOs in Philippines comes at a time when the IMF has recently revised down GDP growth estimates for the 2022 fiscal year.

“Philippines economy will loose billions of Pesos, if POGOs are banned,” Senator Joey Salceda said in an interview with ABS CBN, highlighting the tax estimates from POGOs in this fiscal pegged at PHP6 billions from PHP3 Billion.

“At its peak the POGOs contributed PHP600 billion to the Philippines economy and today the POGO contribution stands at PHP128.5 billion in aggregate demand,” Salceda underlined.

A complete ban may hit the POGO operations physically, but the authorities may not be in a position to control the digitization of the gambling sector, the senator further argued.

“We have one of the most brutal tax laws on POGOs in the whole world. In fact, we’re the only ones with a law on POGOs,” Salceda stressed.

“You cannot stop gambling unless you stop digitalization. These digital games keep appearing again and again. The solution is to just regularize and regulate it basically…to have very strong regulatory powers,” local press reported.

The POGO population over the years has also dwindled to merely 34 from 200 which are licensed by the Government authorities, which means that POGO workforce has also declined drastically from 376,000 to merely 50,000 workers.

Closing down POGOs will also displace some 70,000 direct jobs for Filipinos, Salceda argues.

The Senator highlighted the real estate importance POGOs garnered to the Philippines economy, where he said that there was a fear of the country losing billions towards rental income from offices as POGOs occupy some 1.1 million square meters of office space.

“A sudden downturn in office occupancy at this point will kill jobs and at least PHP18.9 billion in rental income from offices, and PHP 28.6 billion in housing rent. We stand to lose 70,000 Filipino jobs that are directly hired by POGOs at least,” the Manila Standard quoted the Senator.

Highlighting the consumption side of the POGOs, Salceda also emphasized on the fact that aside from regular revenue streams generated through POGOs, the workforce employed at POGOs spends about PHP 950 million daily in Philippine stores and their commissaries spend PHP11.4 billion annually from Filipino caterers.

Finance Secretary Benjamin Diokno meanwhile recently said he was in favor of discontinuing offshore gaming operations after total revenue in 2021 declined to P3.9 billion from its peak of P7.2 billion in 2020 and equally POGOs pose a risk for the country’s reputation, the ABS CBN report noted.