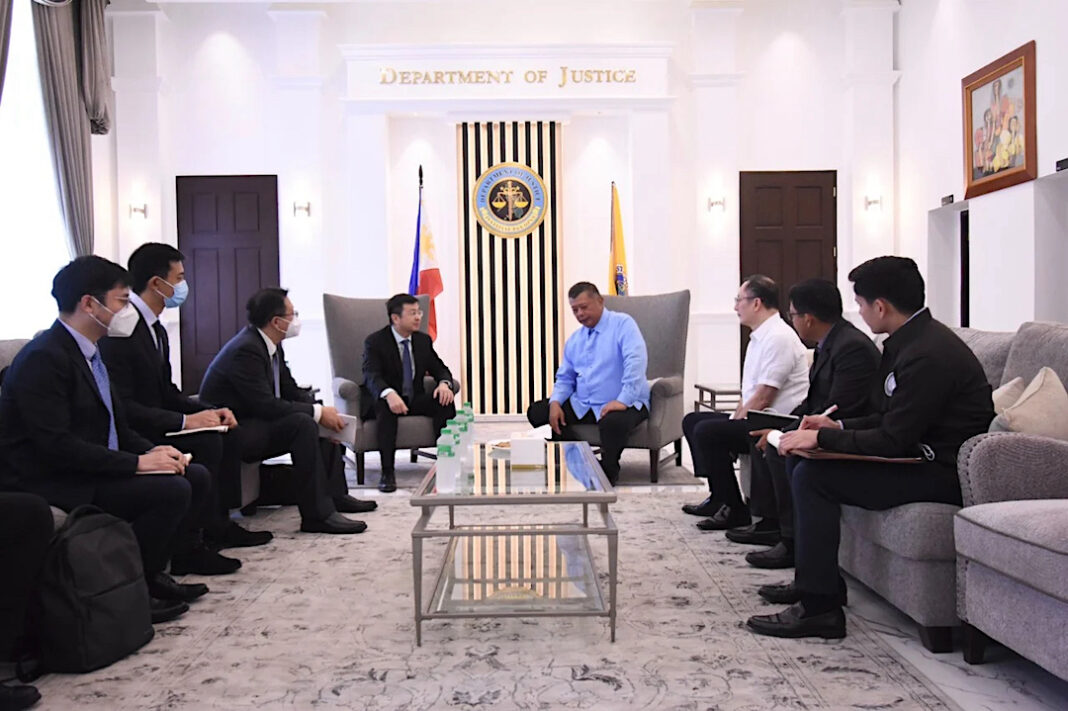 Proposing to absolutely ban the POGOs will have divided views among senators, Minority Leader says. China Embassy is organizing the repatriation of the first batch of detainees. Activists call for fair treatment of foreign workers as OFW would expect abroad.

Philipines Senate Minority Leader Aquilino Pimentel III says that a measure proposing to totally ban the POGOs will have divided views among senators.

The Senator reiterates that if such a measure would propose a reform of the current POGO system, it will have overwhelming support from the Senate.

The Minority Leader, however, said he wants POGO to be totally banned in the country.

Pimentel further emphasized the fact that the issue lies in the enforcement of a policy, which is so elaborate, there are so many conditions or special provisions, as there are legal as well as illegal POGOs, and it was hard to identify whether the crimes are done by legal or illegal POGOs.

This is the reason, he argued, why law enforcers are struggling to prevent POGO-related crimes, the Philippines News Agency reported.

The lawmaker also called on the Chinese government not to scare their own countrymen of being arrested when they go home after working in a POGO, the PNA report read.

The Philippines Department of Justice officials met the Chinese Embassy representatives on Thursday to map out the exit plan for the arrested POGO workers.

Remulla discussed the possible timeline for the repatriation with an initial batch of 300 individuals awaiting deportation after the overstaying individuals were identified.

“We are verifying the identities and if the identities match, then they (China) will start accepting those to be sent home for being overstaying,” Remulla was quoted by the Philippines News Agency.

DOJ officials expect further deportation as the crackdown intensifies. Remulla underscored that the government will be undertaking a thorough investigation to determine who are considered illegals in the country.

The first batch of possible deportees involving around 300 individuals is expected by end of this month or the first week of October and will include those who have been involved or implicated in crimes undergoing investigation, the PNA report read.

PAGCOR has joined a task force with several regulatory, law & order and judiciary agencies to crack down on POGO related illegal activity.

Meanwhile, the labor groups in the Philippines have jumped into the ongoing POGO crackdown, demanding that foreign workers be treated with respect and the protection of their human rights be ensured.

Nagkaisa chairperson Sonny Matula said the Philippines, as a country that demands fair and equal treatment for OFWs (Overseas Filipino Worker) in their host countries, should also apply the same principle to the rights of foreign workers, the PNA report quoted Matula.

The call came after reports said a “humanitarian crisis” looms from Manila’s enforcement of summary deportations against thousands of POGO workers, mostly Chinese, for violating immigration and other national laws.

“For decades we continue to confront this same humanitarian crisis, in fact of bigger magnitude than this one, as we handle complex crises involving our distressed OFWs who were denied equal protection by their host countries. We, therefore, cannot deny other nationals of the same principles that we ourselves demand from other States,” Matula said in a statement.

According to the 2020 data of the Philippine Amusement and Gaming Corporation (PAGCOR), there are a total of 120,976 POGO workers in the country.

Deputy Speaker Raymond Democrito Mendoza, in a separate statement, pointed out that there are 30,521 Filipino employees in POGO firms. He argued the government should ensure that the human rights and labor rights of all those legally working in the Philippines are safeguarded.