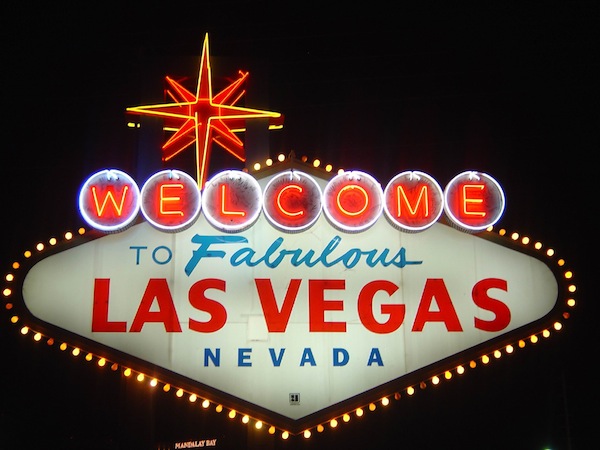 Deutsche Bank is “firmly” of the view that Macau’s current six incumbent concessionaires currently operating in the market “will maintain their licenses,” the brokerage noted on a report from a recent field trip to a booming Las Vegas strip.

The incumbent six operators have bid for the new 10-year concession while a seventh bid has come from a new global player Genting Group.

“Despite the expected incremental bidder in the process, we are firmly of the view that the 6 concessionaires currently operating in the market will maintain their licenses,” the bank report emphasized.

In a note on LVS operations in Macau the bank writes, “Given the changes to the VIP junket model in Macau, we expect operators to expand their direct VIP business, to augment their primary focus on expanding the premium mass business.”

“Given current trends from locals and other Asia, we believe the return of visitors from Mainland China could put the property on a $2 billion annual EBITDAR trajectory,” the report read.

While the Management expects this could grow considerably in a normalized environment, bad debt provisioning is likely to become a focus for the investment community, as direct VIP ramps-up, the report noted.

In terms of manpower capacity, all the integrated resorts and casinos visited by the Deutsche Bank team, most of them remain “stable” with the kind of demand influx seen in post-pandemic scenarios.

“Within the concession proposal, we expect LVS will include plans for considerable expenditure, some of which would likely be tied to the ability to garner incremental land on which to build incremental hotel capacity and non-gaming amenities,” the report read.

Assuming no change in COVID related circumstances, the Bank expects Marina Bay Sands to begin work on the expansion in 2023, assuming it is able to procure the 5,000-7,000 necessary construction workers.

“In addition to the MBS expansion, LVS remains focused on the license process in New York,” the report claimed.

Most of the Las Vegas strip casinos are “experiencing strong demand trends”, the report claims.

Whereas given the continued policy linked malaise in Macau, the focus at Las Vegas Sands was largely pivoted towards addressing the Asian market demand and so the bank report focuses more on Marina Bay Sands Singapore and Mainland China developments.

In 2019, the Marina Bay Sands visitation mix was split evenly between Mainland China, other Asian nations and locals.

In turn licenses for different geographies are aided by digital push, international projects are looked with optimism and the gaming companies balance sheets are ready to address the expansion and new business.

In the case of Wynn Las Vegas importantly in 2023, the bank expects the increased group patronage to drive higher aggregate occupancy and perhaps more importantly, the group business booked for 2023, may not serve as a headwind for aggregate rates.

Whereas in case of MGM the bank sees that, “Las Vegas Strip presence of MGM management resonated favorably on the strength of current Strip demand and the outlook across all business segments for the Strip.”

The recent closure of LeoVegas, MGM is expected to provide some incremental color on the operation, presumably putting some key LeoVegas executives in front of the investment community in the coming months.

The report largely read of the revenue intensive properties being prioritized, whereas the focus was clearly on maintaining momentum on the existing profitable ones, whereas new plugins were also prioritized to address the demand, once the season picks-up.

At Wynn, the high-end market strength, as well as the modest changes in casino strategy, have helped Wynn Las Vegas to date, as well as Resorts World, has served as a net positive for foot traffic at the property.

Wynn’s Fontainebleau, ultimately getting to the finish line in the coming years, will provide a similar benefit, as the north end of the Strip continues to build critical mass, the report read.

“Wynn continues to make progress on the UAE development,” the bank report claimed.

The first equity contribution for the UAE project of Wynn is expected to take place later this year, with a ground breaking in 2023, which would project an opening in late 2026 /early 2027.

Wynn management is expected to put forth, to the investment community, more robust UAE project details in early 2023, the bank report noted.

MGM merger & acquisition (M&A) through smaller deals relative to LeoVegas, and growth projects, such as New York, are likely to represent the primary use of funds, the report noted.

Whereas Las Vegas Sands, the focus being Asian markets, work continues on the Marina Bay Sands room and suite remodel, with the project slated to open in late 2023.

At present, the property is operating with roughly 80% of the 2,550 room prior capacity, though this gap will slowly close over the next year.

“Given the capacity constraints, we expect MBS to continue to de-emphasize group business in order to prioritize rooms for casino patrons,” the report read.

Marina Bay Sands continues to benefit from higher spend per visitor, with local patronage and visitation from the likes of Indonesia and Malaysia offsetting the softness in Mainland China traffic to Singapore.

Post-Pandemic the way demand has shifted from physical to digital platforms, most of the integrated resorts have gone heavy on the digital front. These companies are arming themselves for the digital push driven by betting license approvals in new geographies, especially across US, is one important and prime reading of the visit by Deutsche Bank executives at Las Vegas.

In the case of Wynn Resorts, the management resonated favorably on the launch of sports betting in Massachusetts in the coming months, given their land-based positioning in the market.

“The Bank does not expect WynnBet to spend heavily to garner share early on, given the brand recognition and loyalty,” the report noted.

Instead, the Bank is of the opinion that, if the current agenda plays out in Massachusetts, retail sports betting could launch 3-6 months ahead of OSB (Online Sports Betting), thereby providing B&M (Bricks & Mortar) operators a nice customer acquisition head start.

With the November referendum on sports betting in California approaching, the Bank believes the prospects for legalized OSB have dimmed, as the opposition is fierce, and it is long felt having two initiatives.

The Bank believes that, in a worst-case scenario for OSB operators, would be for the retail initiative to pass, as that would make future OSB passage more challenging.

“We would also note, given the upfront initiative spend, which we believe some operators have stopped funding, and, more importantly, the $100 million upfront fee, makes participation for all but a small handful of operators somewhat illogical, in our view,” the bank report noted.

Whereas in case of MGM, with respect to BetMGM, management identified Ontario and Arizona as two geographies where they believe there is room for growth via share improvement, with product innovation being a driver of broader share gains on the OSB side moving forward.

“BetMGM continues to fine tune its bonusing and reinvestment, with a focus on maximizing handle to net revenue flow through,” the report read.