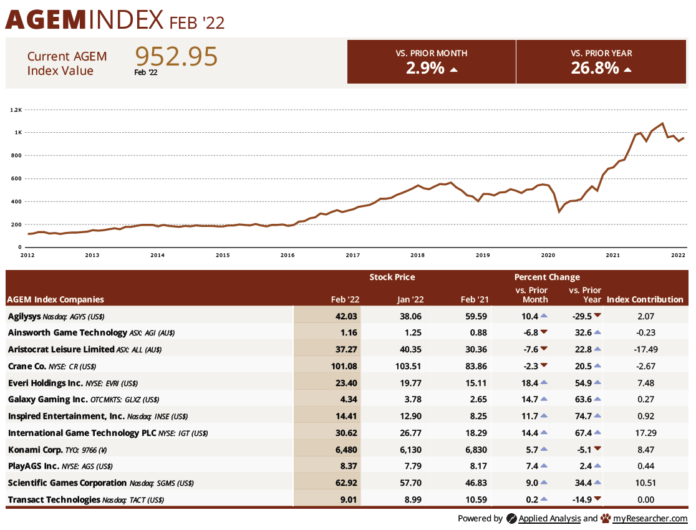 An increase in stock prices of International Game Technology (IGT) and Scientific Games (SG) were the biggest contributors to an increase in the AGEM Index in February.

The index, compiled by the U.S. Association of Gaming Equipment Manufacturers which comprises 12 global gaming suppliers throughout the world, improved by 27.08 points to 952.95, marking a 2.9 percent increase from January. Compared to one year ago, the index added 201.16 points for an annual growth rate of 26.8 percent.

During the latest reporting period, nine of the AGEM Index companies reported stock price increases, with three posting a decline.

AGEM noted that out of the companies that posted a decline, the largest came from Aristocrat Leisure, which had a 7.6 percent drop in stock price.