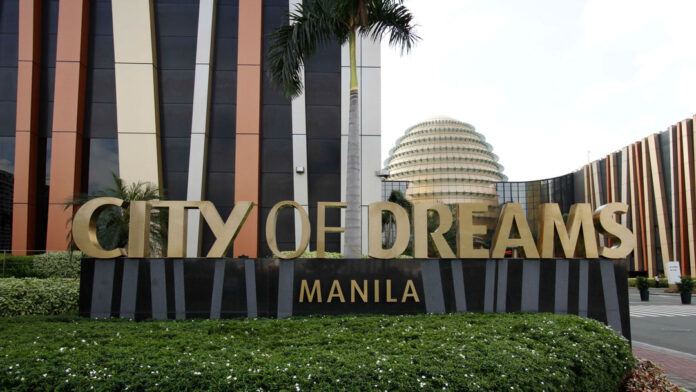 Belle Corp. said its share of gaming revenue from the City of Dreams Manila dropped 20 percent in the first quarter due to Covid restrictions and ongoing border closures.

The company leases the land and buildings of City of Dreams Manila to operator, Melco Resorts & Entertainment, while its Premium Leisure Corp. unit gets a share of gaming revenue, which came in at PHP344.3 million for the period.

In a statement to the Philippines Stock Exchange, Belle said its income from the CoD lease was PHP362.4 million, which was 179 percent higher than the prior year.

The company’s Pacific Online Systems Corp., which leases online betting equipment to the Philippines Charity Sweepstake Office posted a 15 percent drop in revenue to PHP104.1 million, which it also said had been due to Covid limitations.

Casinos in the Philippines began operating at full capacity from the beginning of March after restrictions to curb the spread of Omicron were eased. International borders also reopened from the middle of February. Analysts have been forecasting a strong rebound, with Morgan Stanley recently estimating gross gambling revenue (GGR) in the Philippines’ Entertainment City is likely to be up 15