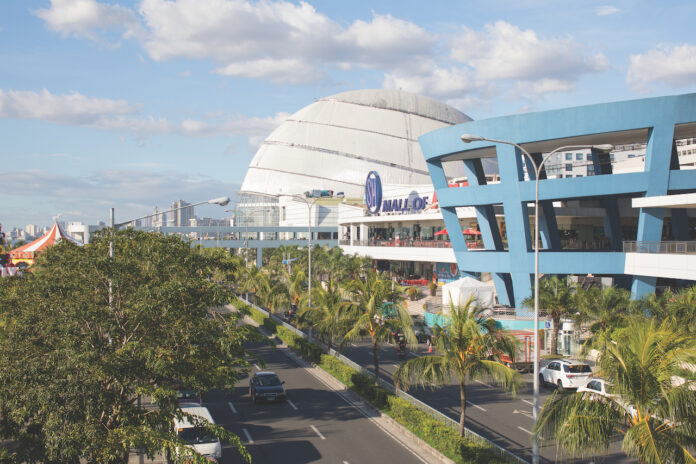 Operators in Entertainment City had already begun to complain about the impact of rising competition on their margins even prior to the Covid-19 crisis.

Now, with the outlook highly uncertain due to border closures and the erosion of the VIP sector, they may have to contend with three new developments pressing ahead.

The Westside City project, which has now come under the control of Suncity Holdings Group, was always on the cards and is progressing, with the local unit this week announcing it had raised PHP12.9 billion ($268.6 million) to finance development.

However, in late 2020 Hong Kong-listed International Entertainment said it had received provisional approval for a new license from the Philippine Amusement and Gaming Corp (PAGCOR). The company runs the New World Manila Bay Hotel and Casino and has said it wants to upgrade the property into an integrated resort.

In November, Waterfront Philippines said it had won a Supreme Court battle forcing PAGCOR to issue a long-stalled license for its proposed development, which it first applied for in 2008.

“ It’s difficult to gauge the demand of the industry now that we are in a very difficult situation.”

Neither of the latter two licensees have made much public about their plans, or the likely time frame for development. However, with gambling revenue unlikely to reach pre-pandemic levels before the second half of 2022 at the earliest, there is concern over how much competition the market can support.

“It’s difficult to gauge the demand of the industry now that we are in a very difficult situation,” said Richard Laneda, an analyst with COL Financial. “We also do not know the timing of these new resorts and their respective sizes. Nevertheless, I believe in the short term this will increase competition in the area and will lead to some market share being taken from existing IRs. This will also lead to some margin erosion. But history shows that new IRs are able to grow the pie over the long term.”

Prior to the pandemic, the Philippines had been one of the fastest-growing markets in the region, driven by rising tourism and underpinned by a strong domestic market. In 2019, gross gaming revenues rose 15.4 percent to nearly PHP216.39 billion (US$4.28 billion). While the IRs in Entertainment City accounted for about three quarters of the total, growth had actually been faster in the regions. 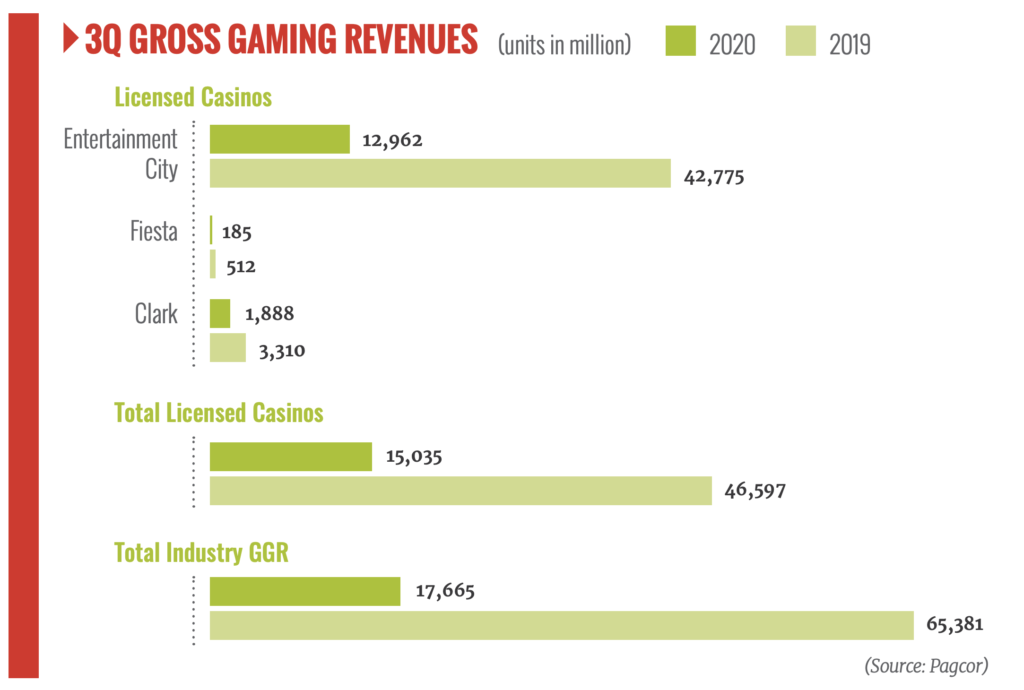 Melco Resorts & Entertainment CEO Lawrence Ho has been warning for several years about the impact of rising competition in the capital. While PAGCOR Chair Andrea Domingo had promised in 2017 that there was a moratorium on news licenses for five years to protect the investment of existing licensees.

Industry commentators said they still see a bright future, but operators may need to reassess their business models and be aware of the potentially shifting goal posts.

“At the moment we are involved with several projects in the Philippines and we are strongly urging developers to reconsider their number of Junket rooms and to lower their expectations with the related revenues, and to consider a much more rounded gaming floor offering with the focus on mass and premium mass, as Macau is now doing, large sports books, vibrant stage shows, and  a multitude of gaming floor F&B outlets,” said Scott Feeney, CEO of Gaming Concepts Group. “We recommend that gaming floors have a much larger overall entertainment and F&B footprint to cater for the locals to offset the expected lower numbers of Junket groups in general and obviously the lower numbers of international visitors, both tourists, business travellers, conferences and even those simply visiting for pure gaming.”

“We know of developers with licenses in hand that have slowed down their timelines, but we think now is the time to be ferociously building and renovating to be ready for the surge when it eventually comes.”

Feeney also points to the risk of rising competition such as is being faced in Entertainment City.

“A major concern that all potential developers need to recognise quite clearly, is that there are no restrictions on licenses being issued, as we have seen in Clark for example with upwards 12-13 licenses, so this must always be taken into account. The balance between increasing revenues and how many operators will be sharing it makes things very competitive.”

Joe Pisano, CEO of Jade Entertainment, said he doesn’t see revenue returning to 2019 levels before 2023, but says the potential is intact.

“The Philippines remains a very strong growth market over the next 5 years, with 105 million in population the market is far from saturated and it will be great to see more regional development,” he said.

That said, David Green founder and principal of Newpage Consulting sounds a note of caution and points out that there remains a high level of sovereign risk from operating in the Philippines. Potential risks range from the shifting sands of PAGCOR regulation, to Sino-Philippines relations through to capricious decisions from its president.

“I think these are issues which rank ahead of the ordinary commercial risks of market saturation, and cannibalisation vs overall growth,” he said. “Proliferation will become a social issue to a greater extent as new operators will no doubt look at inducements to win both new gamblers, and patrons of competitor casinos.”