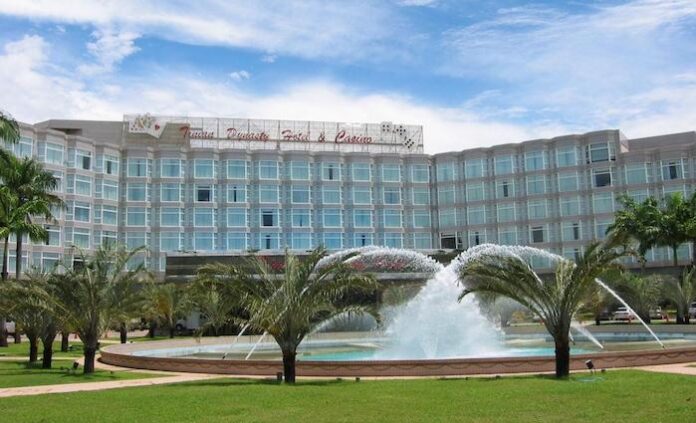 The authorities on Tinian, the second-largest island of the CNMI, are eyeing a return of the casino industry a half decade after the suspension of operations at Tinian Dynasty.

Tinian has three hotels, including the Tinian Diamond Hotel and Casino, which is the Phase 1 hotel of an integrated project. The Tinian Diamond Casino is scheduled to open in July, although its timing will depend on the return of tourists.

A new roll-on, roll off ferry service between the island of 3,100 people is also planned, which will significantly ease access to Tinian.

Meanwhile, the final disposal of the Tinian Dynasty property itself remains unclear. Casino operations ended in August 2015 and the hotel suspended services in March 2016. The large structure has thus been collecting dust, unused for almost five years. Despite the fact it has not been paying its annual fees, the Tinian Gaming Control Commission has not yet revoked its casino license.