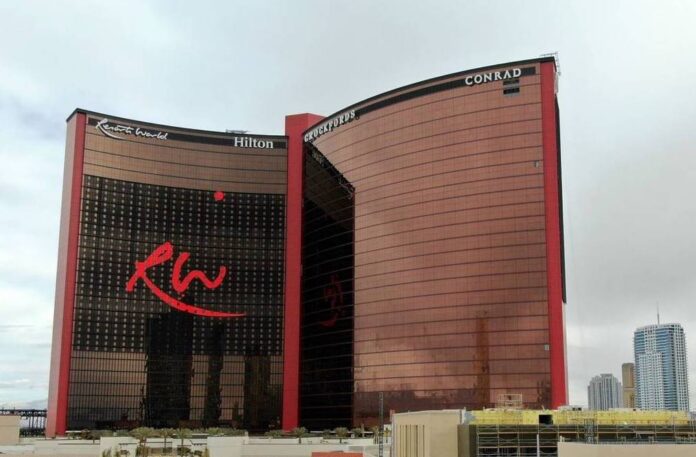 Genting Group’s U.S. revenue picked up in February as Covid concerns eased, while the group is likely to start seeing growth in its Asian operations as borders reopen, Nomura says.

The group’s Resorts World New York City had three-month gross gambling revenue of $204 million through to end-February, which was down 9 percent for the same period pre-Covid. However, in February, GGR rose 8 percent from the prior month at the facility, which offers 6,447 video gaming machines.

It was a similar story at Resorts World Catskills, where GGR was down 14 percent sequentially on a three-month basis at $52 million but was up 8 percent month-on-month in February. The three-month figure was down 1  percent on the pre-Covid level.

Nomura notes that it doesn’t have monthly data for Resorts World Las Vegas, which opened last summer, but Las Vegas Strip revenue saw a 13 percent decline sequentially, though was up 72 percent year-on-year and was 3 percent higher than the same months in 2019/2020.

“The surge in Omicron variant-linked Covid cases and the winter months impacted GGR in Jan’22. However, GGR improved m-m in Feb’22 as the case count reduced. Cases continue to fall in Mar’22, and therefore we expect momentum to improve further,” Nomura said in a note.

The firm has a buy rating on Genting Malaysia with a price target of MYR3.50, which implies an 18 percent upside. It is neutral on parent company Genting Bhd.

“We think the next catalyst for the group will be the start of inbound international tourism in its home markets (Malaysia/Singapore). Malaysia has reopened its borders from April 1, and Singapore too continues to relax visitation restrictions.”

The Genting Group operates casinos in the U.S., Singapore, Malaysia, the U.K., the Philippines and Egypt.

Its U.S. operations were the focal point last year, with the North American gaming market staging a strong comeback while Asia remained mostly closed. Singapore and Malaysia also recently reopened their land border, which has historically been a key source of visitation for the island state.

Analysts at Bernstein said Genting Singapore is expected to show revenue and profit growth over the rest of 2022 and 2023 as Singapore and neighboring countries continue to open up to international travel.

The Philippines are also now operating at full capacity and industry observers say they are seeing a strong recovery. International borders have reopened, although locals are permitted to gamble, making it one of the Asian markets with the strongest fundamentals.

In the U.S., Genting is eyeing further expansion and is seen as one of the top contenders should New York push ahead and issue casino licenses for the downstate area.