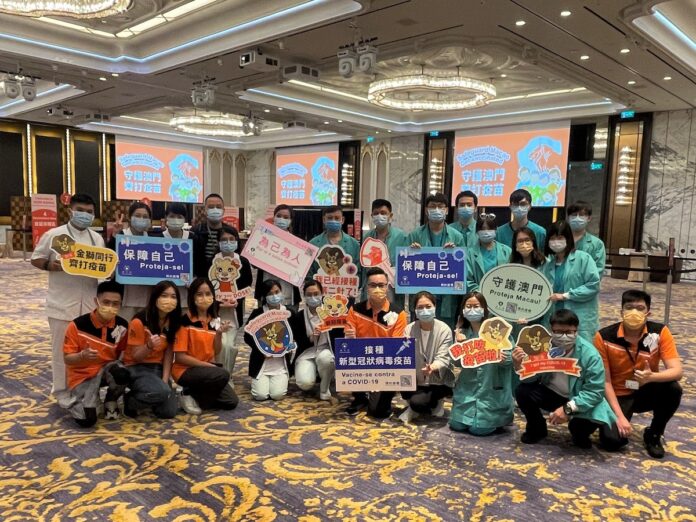 MGM China says that, as of Monday, it had vaccinated 56 percent of its staff in Macau.

The number comes as a result of the group’s “Outreach Vaccination Program”, hosted in May and another program launched at the end of June to encourage members to get vaccinated.

The last, five-day, program brought the total of staff and family members inoculated up to 3,200.

MGM China Co-chairperson, Pansy Ho, stated that MGM China stated that MGM “thank(s) every team member who has been vaccinated, as this is an act of protection for themselves and their loved ones, while also fulfilling their civil responsibility to safeguard everyone in the city”.

Aside from MGM China, Macau’s other five gaming concessionaires have also been holding vaccination drives, partnering with the government.

Melco says it had vaccinated almost 2,400 people during its immunization drive at the end of June.

While Wynn Macau says over 1,700 staff and family members had taken the jab by mid-June.

Galaxy Macau also scheduled a vaccination drive aimed at innoculating up to 1,800 people in early June.

The vaccination campaign was spearheaded by the government, with an initial aim to provide vaccines to 10,000 people linked to the six operators.