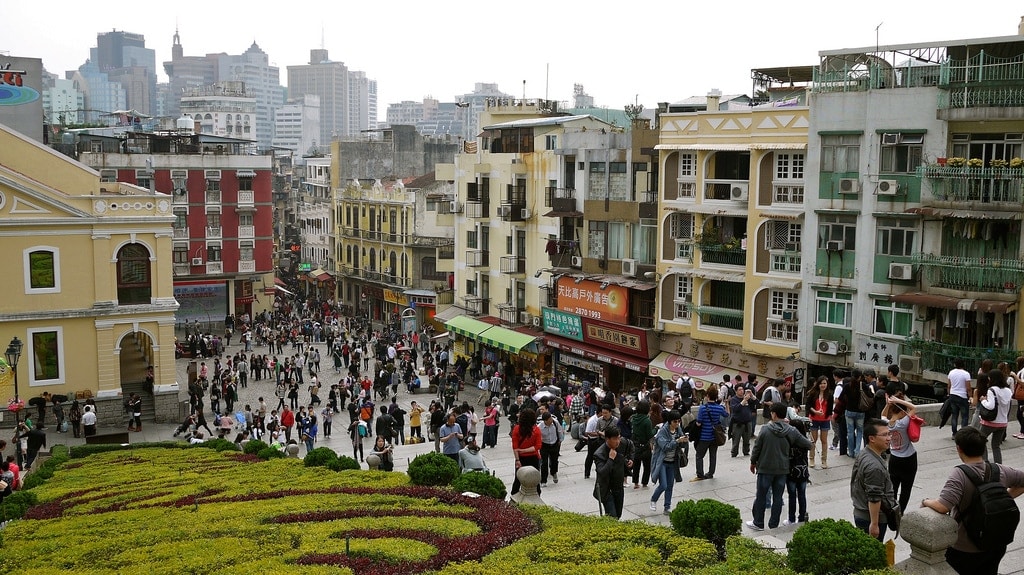 The President of the Macau Tourism Industry is estimating that tourists from Hong Kong will actually be the primary source of visitation during the Chinese New Year (CNY) period, towards the end of January.

In statements to the local broadcaster, the expert indicated that the increase would be driven by preferential policies by the Macau government for Hong Kong visitors, alongside the re-launch of ferry services between the two cities (Macau-Sheung Wan), currently pending approval but set to recommence before Chinese New Year.

The industry insider notes that current visitation from Hong Kong has reached a daily rate of between 2,000 and 3,000, approximately 10 percent of the high period registered before the pandemic.

In addition, Andy Wu notes that the current hotel occupancy rate has reached around 60 percent, paving the way for rates of up to 90 percent during the holiday.

Wu notes that the anti-epidemic measures “change constantly and are always being improved”, after Macau eliminated all of its quarantine requirements for arrivals in December.

After the measure, Macau experienced an unprecedented wave of infections, with the government estimating that up to 80 percent of the population would be infected with COVID.

Authorities say that the wave of infections has now peaked, as public health facilities have nearly reached capacity.

Wu notes that, while the number of cases in Macau in December was “relatively high […] the citizens of Macau are gradually recovering”.

Expectations by the tourism professionals are for an increase in the operating hours of the Hong Kong-Zhuhai-Macau bridge, which is currently only open between 10am and 8pm.

Wu further estimates that Macau will see its highest number of tourists since the beginning of the pandemic, however he did not provide precise estimates on the daily visitation during the CNY period.

Speaking of the holiday, the tourism association head noted that “tourists from Hong Kong will be the primary source of visitors to Macau during the coming Chinese New Year holiday period.”

This estimate depends highly on the infection rates registered in the mainland, and any possible restrictions on entry for infected individuals, given mainland China’s trend as the primary visitation source for Macau.

Macau is gearing up to welcome its highest wave of visitors since the pandemic began, even as it struggles to keep businesses open due to the high number of infected employees.

The relaxation of entry requirements and the promotional campaigns to attract visitors to the SAR were completely dependent on mainland China’s decision to reopen borders and eliminate its zero-COVID policy, after nearly three years.

Macau’s gaming concession holders, who started their new 10-year licenses on January 1st, are eager to capitalize off the relaxation of policies, with experts estimating that the Chinese New Year visitation will set the tone for the rest of the year, as Macau aims to recover towards visitation levels topping 40 million, as registered before the pandemic.

This comes after gross gaming revenues in December amounted to just $432 million, down 56 percent yearly, rounding out a year which saw the lowest-ever GGR on record, totaling $5.26 billion.

If January’s results hold true to expectations, analysts estimate that Macau could reach up to 70 percent of pre-pandemic GGR levels in 2023, a turnaround for a singular-industry city which has been crippled by restrictive entry policies and testing measures in place up until December of 2022.