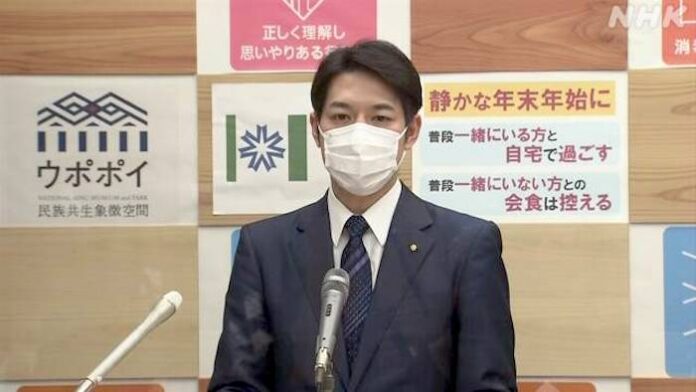 Tomakomai city’s hopes of reentering the Japan IR race have been dashed again as Governor Naomichi Suzuki made clear at a press conference that his earlier rejection of participating in the first round of licensing still stands.

Although the governor made his position clear in November 2019, the Tomakomai city government and other IR advocates have continued to harbor hopes that they could alter that verdict through various lobbying efforts.

Most recently, these hopes have been pinned upon the fact that the national IR development timeline was delayed for nine months, giving more time for environmental impact assessments.

This, in turn, plays upon the fact that when the governor issued his original November 2019 rejection of the initiative, he cited the notion that it would take several years to conduct necessary environmental studies and that there wasn’t enough time to complete them. Tomakomai city officials and their allies had hoped that the nine-month timeline delay might force the governor’s hand.

The governor just shook off these moves, stating that the extra nine months still did not leave sufficient time and, in any case, dealing with the Covid-19 crisis needs to be the prefectural government’s priority at this time.

Both Governor Suzuki as well as Tomakomai Mayor Hirofumi Iwakura have continued to dance around the fact that the environmental impact assessments may be the rationale for the rejection of the city’s IR ambitions, but it is not the most salient reason.

More substantial is the fact that, prefecture-wide, political opposition to IR development is strong, and even Hokkaido’s conservative forces are not united in support of such an initiative.

Concerns have been made even stronger by the 500 com scandal, which hit Hokkaido directly. One of the prefecture’s most prominent businessmen, Kimihito Kamori, former chairman of the travel firm Kamori Kanko, was just four months ago sentenced to ten months in prison, suspended for two years, for his part in bribing lawmaker Tsukasa Akimoto on behalf of 500 com’s scheme to build an IR at Rusutsu Village in Hokkaido.

Given these circumstances, the notably cautious Hokkaido governor is characteristically unwilling to take a risk on an IR initiative with local political backing that is shaky at best.