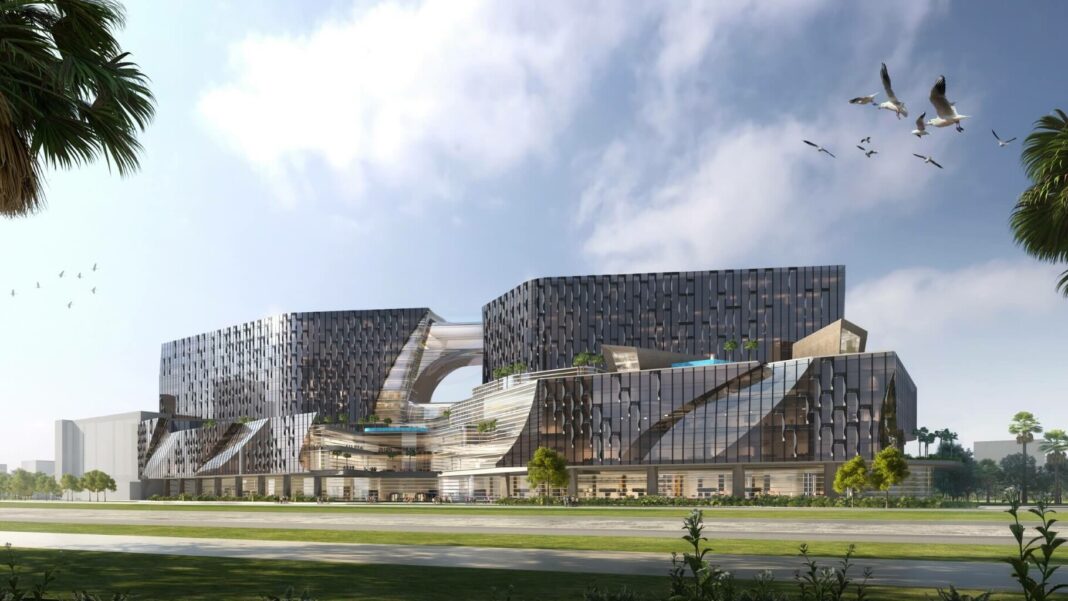 LET Group mandated priorities in a post-COVID era are to remain strongly focused on ASEAN, with Vietnam, and the Philippines in particular, as key markets.

Entering the third anniversary of COVID travel restrictions, plus sanctions on Russia not yet undone, there is not a lot to add about how depressing the sector currently is, the company report read.

Nevertheless, the Group remains cautiously optimistic about its long-term strategic positioning in the Asian entertainment space.

“Predominantly speaking, the Group is a firm believer that the rise of the Asian middle-class is an irreversible trend. These discerning individuals are constantly seeking high-quality entertainment options, though short-term travel logistics and geopolitical realignment may inevitably impact the flow of tourists which may affect our top line,” the notes in the report read.

A diversified strategy in the North, South and East of Asia helps the Group to mitigate international affairs risks while allowing the Group to deploy resources to the jurisdiction with the highest and best returns.

The Group believes that the future of Asian entertainment will thrive best in locations with supportive government regulations, tourist-friendly border policies and encouraging tax regimes.

The company’s endeavor is to commit its resources to creating world-class integrated resorts for the rising middle-class in Asia in the years to come.

This is exactly why the company views the Philippines as the country where it can identify the highest potential to generate outstanding returns with the lowest international affairs risks, out of the portfolio of other countries the Group has invested in.

Out of all the countries the Group has invested in, the Philippines has shown the greatest potential to be the next Asian entertainment metropolis.

Pre-COVID, the Philippines’ entertainment market has been growing at a CAGR of over 20 percent since the Entertainment City was allowed to operate its first integrated resort in 2013.

In the first half of 2022, PAGCOR reported that GGR by licensed casinos in the Entertainment City has already recovered to approximately 79 percent of the GGR reported in the same period in 2019.

Philippines’ phenomenal position in the sector based on its GGR recovery pace, its pre-COVID growth track record, its supportive policies, its local demand, its high barrier to entry and its encouraging tax regime are the foundation of our belief that having a foothold  in the Entertainment City opens the door to success in future Asian entertainment.

“The Philippines is undoubtedly a valuable market not to be missed,” the notes in the report read.

The company has never stopped a single day in the construction of Westside City Project, over 1,500 construction workers are working on-site, fully concentrating on erecting the structure upwards.

By the time when Westside City Project opens its doors in 2024, it will be the newest and the most stylish addition to the integrated resorts in Manila.

Westside City Project is well-positioned to capture the local mass and slots businesses, high-end businesses from abroad, as well as capturing the imminent spill-over premium demand that other Asian jurisdictions may no longer be able to cater to.

In Vietnam, Hoiana benefits from possessing the development rights of a large piece of land of over 985 hectares in Hoi An province.

While the company continues to plan and build future phases of the resort, it may also consider selling land to experienced developers so that the company can co-develop planned villas, shopping precincts and other amenities altogether.

There are now more quality hotel rooms in supply in Hoiana as the official launch of New World Hoiana Hotel took place in July 2022.

With international flights gradually returning to Vietnam based on the country’s “Live with COVID” strategy, and the appeal of Hoiana as one of the finest integrated resorts in the country, the company remains cautiously optimistic that Hoiana’s operating results would meaningfully improve in the near future.

The company’s Russian business benefited from a strong home market in the first half of 2022; however, economic sanctions against Russia have not yet been unraveled.

In the first half of 2022, not only did Tigre de Cristal deliver a positive Adjusted EBITDA, but its mass table drop and electronic gaming volume have already reached 101% and 133% respectively compared to pre-pandemic 2019 levels.

These solid operating results signify a near-complete recovery of the domestic Russian demand for leisure and entertainment, a stamped approval of the appeal of Tigre de Cristal as a premium integrated resort in the eyes of Russian customers.

Adjusted EBITDA and profits earned at the Tigre de Cristal level could only stay in the Russian Federation and may not be able to meaningfully contribute real dollars to the Group level.

“The Company will continue to assess the impact of economic sanctions against the Russian Federation on the financial position and operations of the Group,” the notes in the report read.

The number one task for a holding company with multiple locations in a challenging business environment is to reprioritise its projects according to their potential returns on investments, based on where the company’s assets are located in their respective business operating environments.

“The Group will continue to offload assets to aid survival by focusing on the most profitable business segments only, and may consider selling land in Japan as well as other assets,” the notes in the report read.

Across the Group, the company managed costs judiciously and has been successful in cutting budgets without compromising on service standards.

The company also monitors the latest developments in international policies closely as they may affect the Group’s strategic investment decisions.