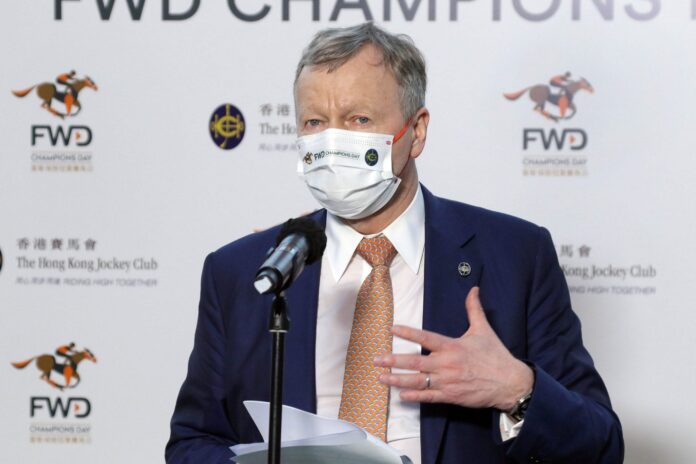 He was elected at the organization’s General Assembly on April 22, 2022, which was held online, according to a press release published on Thursday.

The IHSC was created in 2013 when the Fédération Equestre International (FEI) and the International Federation of Horseracing Authorities (IFHA) joined forces to create the first formal vehicle for cooperation between the world’s leading bodies for equestrian sport. The Presidency of the IHSC rotates among the founding members.

Engelbrecht-Bresges is taking over from FEI President Ingmar De Vos who held the position from 2019 to 2022, and IFHA Chairman Emeritus Louis Romanet who led the IHSC from 2017 to 2019.

Engelbrecht-Bresges has previously served as vice president of the organization and is also chair of the IFHA.

“I am very pleased to pass the Presidential baton to Winfried and I know that the IHSC will benefit greatly from his capable leadership,” Ingmar De Vos said.

“With his vast experience in horse racing and his commitment to the welfare and wellbeing of equine and human athletes, Winfried also has a thorough understanding of the needs and expectations of the industry in the years to come.

“Effective coordination between the racing and equestrian communities has been extremely beneficial since the formation of the IHSC and is vital to ensure the sustainable development of the equestrian sport. I know that we will continue to build on our partnership and all the excellent work that has already been done to date and I look forward to now supporting Winfried in the IHSC’s next chapter.”