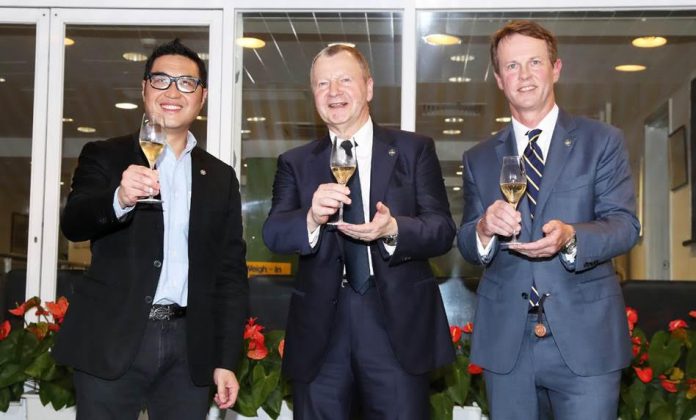 The International Federation of Horseracing Authorities (IFHA) said its long-standing chairman, Louis Romanet, has decided not to seek a further term and that Hong Kong Jockey Club CEO Winfried Engelbrecht-Bresges has been elected as replacement.

He is only the second chairman for the IFHA, which was founded in 1994. He will serve a three-year term. In addition, four vice chairman have been appointed.

“It has been an honour, a privilege, and a pleasure to serve as the IFHA’s Chairman since its beginning in March 1994,” said Romanet. “After 27 years in the chair, I am proud of the development of our great sport and its growth all over the world. It is time for me to step down in favor of new generations of leaders, and I am confident that our next Chair and Vice-Chairs, working alongside the Federation’s Executive Council, will successfully progress the IFHA and international horse racing.  I would like to warmly congratulate Winfried on his appointment to the role of IFHA Chairman.  I am certain that he will bring the vision, energy and outstanding leadership qualities necessary to take racing’s global body to the next level into the future.”

In recognition of his invaluable contribution to the IFHA, Romanet has been appointed to the honorary position of Chairman Emeritus of the Federation by the Executive Council, a position he will assume in October.

“There is nobody who can replicate the remarkable and sustained contribution to the IFHA which Louis has achieved,” said Engelbrecht-Bresges. “Louis has dedicated his working life to the advancement of racing. He has been a champion for the internationalization of racing and has worked over many years to set and promote the conditions necessary to support international competition.  He has also had an unwavering commitment to prohibited substance-free racing, particularly through major reforms to Article 6 of the International Agreement on Breeding, Racing and Wagering.