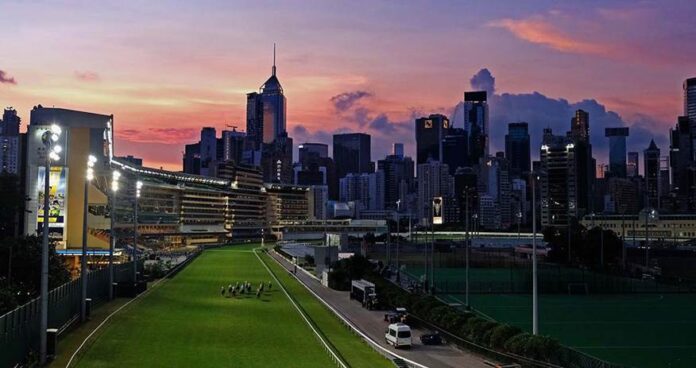 Michael Lee succeeds Philip Chen, who stepped down from the Board of Stewards at the conclusion of the AGM after having served 16 years as a Club Steward, the past two as Chairman.

Earlier, Voting Members at the Club’s 2022 AGM elected three new Stewards to fill the vacancies left by Philip N L Chen and by Richard Tang Yat-sun, and Dr. Rosanna Wong Yick-ming, who also retired from the Board.

The Hon Martin Liao, Dr. Silas S S Yang and Andrew W B R Weir, who retired by rotation, were re-elected as Stewards for a three-year term each from 2022/23. The Hon Bernard Charnwut Chan was re-elected for a one-year term from 2022/23.

Speaking after the Board meeting, new Club Chairman Michael Lee paid tribute to his predecessor: “Philip Chen provided guidance to the Club at a challenging time. The Club has maintained both its racing and its strong contribution to the community throughout the pandemic. During his tenure, Philip was supportive, especially through the launch of the Club’s updated racing and charities strategies, which continue to provide a blueprint for the future development of the Club.”

Looking forward Michael Lee said “I am truly honoured to take up the leadership of The Hong Kong Jockey Club. With our world-class racing attracting even more fans across the globe and the very bright prospects ahead for the equine industry in the Greater Bay Area, this is a very exciting time for the Club. Equally, the Club remains strongly committed to its purpose – the Betterment of our Society. With the pandemic still posing a major challenge, we will work even harder to help those in need.”